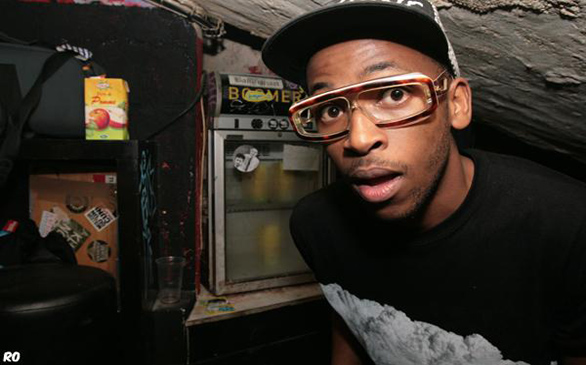 Spoek Mathambo is the stage name of Nthato Mokgata, a singer and rapper, DJ and electro musician from Soweto, South Africa. Distinctly African sounds color many of the songs on Mshini Wam, like the tribal drumbeat that pounds its way through a cloak of synthesizer grunts on “Gwababa (Don’t Be Scared)” or the girl singers happily chirping a chorus of “pa pa pom” on the title cut.

Spoek isn’t afraid to get out there, either; on “Mshini Wam Pt. 2” he experiments with found sounds including something that simulates gunfire, while on “Don’t Mean to Be Rude” he spits like his American counterparts, throwing in plenty of attitude and some serious swearing over a twisted reggae beat. But mostly this is a dance album; you can hit the floor to all of the above but “Gunboat,” “Thunder” and “Tonite” are throbbing house music cuts. Spoek turns into Mr. Roboto on “Control” when he uses a gizmo to distort his vocals and then he dials up dub effects on “AU,” presumably a commentary about the African Union. This is Mathambo’s debut album and no doubt it’ll be hailed as one of the most interesting releases this year from an African artist; actually it’s one of the most interesting, period.