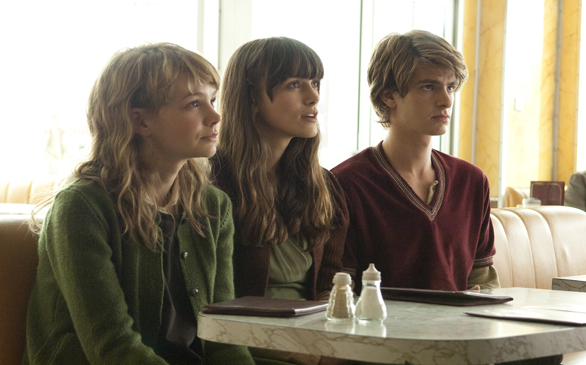 Existentialism is a philosophical term applied to conditions of existence and how one deals with life and death. It has become a topic for intellectual debate but is often deemed pretentious by modern artists. What captures us and often scares us is the debate revolving around death: Why must we die?

Never Let Me Go is a novel from 2005 written by Japanese-English author Kazuo Ishiguro, and it is one of the rare works of modern literature to tackle the existential subject of mortality in a book that also rests on the verge of science fiction.

Mark Romanek, director of the film adaptation of the same name, defines the piece in layman’s terms.

“The book is about you, and the film is about us,” he starts. “The tone of it was so original and so unusual. There is no template for this film. We couldn’t point to another film and say, ‘This is how they solved these problems.’ It’s just so original.”

Here is where the premise should be explained and the action of the film defined. However, I would be doing readers a major disservice by revealing what happens in Never Let Me Go. I can safely tell you the following facts about the film:

Kathy (played by the effervescent Carey Mulligan) is our narrator who describes her life in telling voice-over and throughout continuous flashback. She was raised at Hailsham in the English countryside that borders on being military in its rituals, with best friends Tommy (newly appointed Spider-Man Andrew Garfield) and Ruth (Keira Knightley). Their idyllic world feels similar to ours, except that their purpose in life is to grow up and … Sorry, I can’t reveal it that easily. Their fate may be shocking, but it also may not be too far from reality, which is the scariest part.

“What attracted me to the story was the fact that they didn’t try to escape,” says screenwriter and close friend of Ishiguro, Alex Garland. “Film narratives tend to be about escape. In the real world, people don’t escape. People who do manage to escape are the rarity, not the rule.”

“You just look straight through history at the way ordinary people accept being recruited into being slaves and soldiers and dying,” chimes in novelist Ishiguro, who helped Garland with the screenplay throughout development. “The astonishing thing is that there is a human capacity to accept our fate and put up with it.”

Though the film is languid in storytelling – it reveals the twist after 45 minutes of keeping its audience in the dark – the dynamism of its actors is what keeps the film flowing. In fact, the young cast is able to win their audience more through the moments of silence than through dialogue. They have mastered the art of saying nothing.

“We entered into this slightly strange world when we shot,” says Mulligan about getting into character and into the story. “We all knew exactly what the film was supposed to be, and we all felt that we were making the same film. If I ever had any difficulties, I had that song, ‘Never Let Me Go,’ on my iPod. I would listen to it and block everybody else out.”

Behind them as their biggest fan, director Romanek plays with color to keep the film light, even if the story is overbearingly dark. His use of pastels is the anchor throughout the film that focuses on emotional (but very human) dilemmas.

“It’s one thing to read the lines and not bump into the furniture,” says Romanek about directing his cast of young actors. “But for a 25-year-old kid to make a work of art out of their characterizations, that’s impressive stuff.”

Garfield, who has been described as a physical actor and one who uses his body to convey his emotions, is fantastically expressive in this film and forces the most sympathy from his audience. Tapping his own relationship to humanity, Garfield admits the film is a tough watch for anyone who isn’t ready to face the tragic reality of life.

“It’s this big existential dilemma of a film. We want to live on in cinema or in our writing or in our children. There’s this real fear of the contemporariness of our existence. We have no frame of reference for it.”