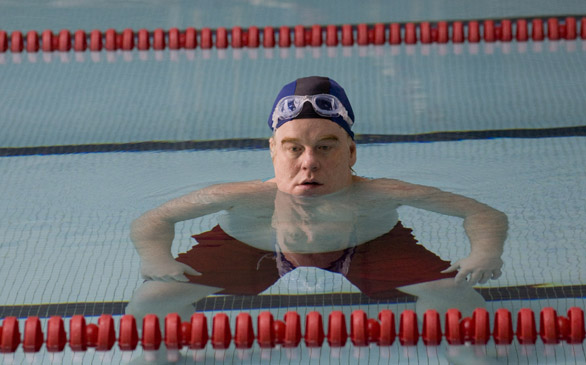 Stage to screen adaptations can be quite challenging, just ask actor-cum-director Philip Seymour Hoffman, whose feature directional debut Jack Goes Boating is based on a stage version.

Set in New York, the story centers around two working-class couples navigating through the perils of life in the city. Hoffman also stars as the main character, Jack, a lonely limo driver in search of a soul mate, while Amy Ryan (Gone Baby Gone) plays his love interest. Reprising their roles from the original stage play, John Ortiz and Daphne Rubin-Vega play Clyde and Lucy, his best friends in the movie.

A limo driver with an obsession for reggae music and vague dreams of landing a job with the MTA, Jack spends most of his time hanging out with his best friend and fellow driver Clyde and his wife Lucy, who are confronting issues in their marriage. The couple set Jack up with Lucy’s co-worker, Connie, who inspires Jack to learn how to cook, pursue a new career and take swimming lessons so he can give her the romantic boat ride she dreams of – hence the title.

A tale of love, betrayal and friendship, Jack Goes Boating has that slow, showy theatrical pace that can be frustrating when translated to the big screen. With a thin plot, the film heavily relies on the intense performances of its very talented actors, which ultimately is its saving grace.