What to do when Your College is a Bad Fit 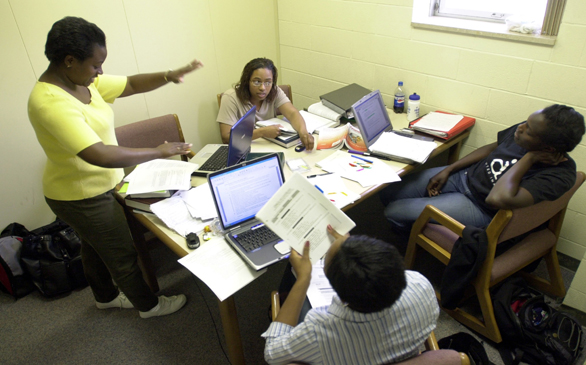 Are you making friends? Is the workload too challenging?
(Credit: Jamie Oppenheimer/Wichita Eagle/MCT)

Maureen Ramey has just settled into a rental house with her brother, Stefan. Both are originally from Orange County and both have an immense love of art. They are now living across the country, hoping to save up enough money to transfer into Rhode Island School of Design. This will be the second college for Maureen and Stefan. You see, the Rameys are among a growing trend of students who are requesting a do-over in their choice of colleges.

“We drove up [to her original school], and I turned to [my brother] and said, ‘I think I’m making a mistake,” recalls Maureen.

Maureen was not instantly filled with the excitement of being away from home for the first time. Instead, she had an instant sinking feeling that she had made a poor choice. Also, the thought of being away from her brother, with whom she is extremely close, proved a bit harder to process than she had anticipated.

The Rameys’ parents were not thrilled with their children’s choice to leave their respective schools. Both were instructed that they would now be financially responsible for their education.

“In a way it was liberating, I guess,” says Stefan.

Mita Abrigoff was in Los Angeles for nearly a year. Her hometown is Memphis, Tenn. She returned home shortly after the end of her first semester. She initially wanted to attend college in New York City, but with no family in the area, her parents encouraged her to head west, where she could be under the watchful eye of her aunt, uncle and cousins.

“It’s also very hot. I’m more of a winter kind of girl and was hoping to experience seasons,” she says.

Luckily, Abrigoff had options. Schools are making it increasingly easy to transfer credits into other schools. By maintaining her grade point average, she found a comparable institution that did not exceed her family’s budget.

“I found some online courses,” she says, “which I’m hearing happens a lot now.”

Abrigoff also took a video game development internship in the Big Apple. It afforded her the chance to spend Christmas in New York. She has been back in Tennessee for a year, with her degree and no regrets.

“College is the most important decision you make as a teenager, I think,” she explains. “It’s kind of a big deal, so don’t feel bad if you screw it up.”

Students who haven’t quite found comfort in their scholastic environment are no longer in the quiet minority. In 2008, approximately 29 percent of UCLA’s undergraduate class was made up of transfer students from other four-year colleges or universities. Still, for those mulling over the decision, there are a number of warning signs to help put things into perspective:

• Is the weather uncomfortable to you? Do you wish you were wearing sweaters instead of sweating away in T-shirts each fall? Do the rainy days make you feel depressed?

• Are you making friends easily? Do you find that you share common interests and goals with other students?

• Can your family afford to pay your tuition in the event of job loss or a poor economy?

• How safe is your school? A campus with an outbreak of crime may be a deal breaker for some...

• Have you discovered a way to make a living in an area outside of your degree? If so, perhaps you could use your tuition to start a business instead.

• How proud would you be as an alumni of your school? This is key; you will be tied to your college or university for the rest of your professional life. If you feel no connection to the institution you may need to reconsider the choice.

University life is the time for self-discovery. Bumping a first-choice school in favor of a second-choice can be a breath of fresh air for some. Starting over in a new environment (after careful deliberation) can be a way to stand up and prove to the world that you are capable of making adult decisions.