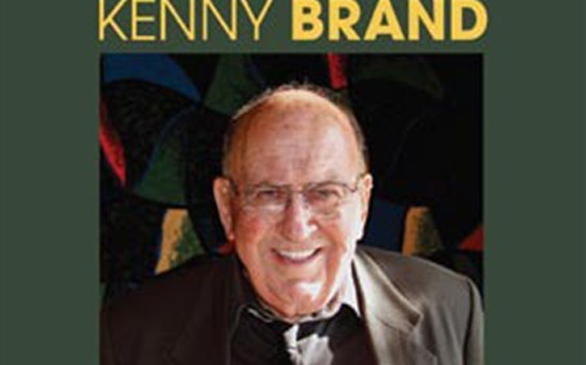 Kenny Brand is primarily known for his songwriting prowess. He’s a singer too, but a Kenny Brand album is generally a set of his songs performed by other people, essentially a various artists affair, and Contemporary Songs is no exception. These are mostly R&B songs but done in lots of different styles; Ellis Hall of Tower of Power fame sings with streetwise soul on the funky and T.O.P.-like “A Perfect Storm,” but later in the set he waxes sublime for “New Years Song,” a jazzy cut that shows off his ability to scat with the best of them. Likewise, the two offerings featuring the foggy-voiced Kleyton are very different; “Love #1” is set to a samba melody à la Santana while “And Then Golf” is a big band blues number.

The ladies have a chance to interpret Brand here too; Cara Lee Pendlebury sings “I Just Don’t Know,” a ballad in an Alicia Keys vein while actress and background singer for dozens of stars Shea Chambers tackles the cinematic “A Moment in Time,” one of the few numbers here that is not rhythm and blues. Other singers contributing include Chuy Gomez, Marcos Mendoza and Avi Machel J.