Death in the Park: Self-titled 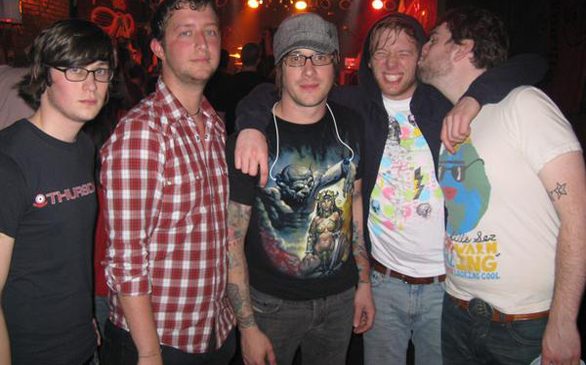 This is the debut album for Death in the Park, but the band is not without experience; singer Andy Jackson has previously held down the mic for Hot Rod Circuit, Say Anything and Terrible Things. Despite the band’s name, the pictures of “dead” girls on the CD cover and the stated goal of hoping to create music with “a crime scene feel, very ‘Dexter’ meets ‘CSI’ and kind of gory,” DITP play punk-tinged power pop that has an overall uplifting feeling.

There’s certainly nothing gory about “Do You Want Me Now;” in fact with Jackson pleading his case to a departing lover over ringing guitars and a hooky chorus that echoes the song title, the only thing violent about the tune is it’s potential for “whacking” other songs off the charts. With twin guitars sawing away, “How Much is Too Much” has a bit of a melodic metal feel to it; at the other end of the spectrum the relaxed “Oh You Know” is the album’s only slow ballad.

Death in the Park is currently available.