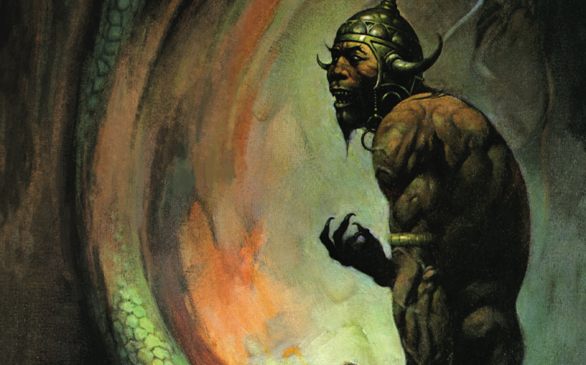 With the adoption of the Comics Code in 1954, horror staples such as EC’s Tales From the Crypt were dead and buried. Then Warren Publishing got the bright idea to publish horror comics in magazine format and circumvent the restrictive code. The black and white horror anthology Creepy was born and would go on to showcase some of comics’ top talents.

This sixth omnibus collects six issues from the psychedelic era, from 1969-1970. Included is work from writers such as Archie Goodwin, Harlan Ellison and Bill Parente, and artists including Neal Adams, Steve Ditko and Frank Frazetta.

These years were a period of transition behind the scenes at the magazine, with Parante taking over editing duties from Goodwin while the magazine struggled financially. The stories in this collection can be hit and miss, with Parente contributing perhaps more than he could handle.

The reproduction of advertisements between stories, along with Uncle Creepy’s bad puns, add a fun time capsule element to the experience.