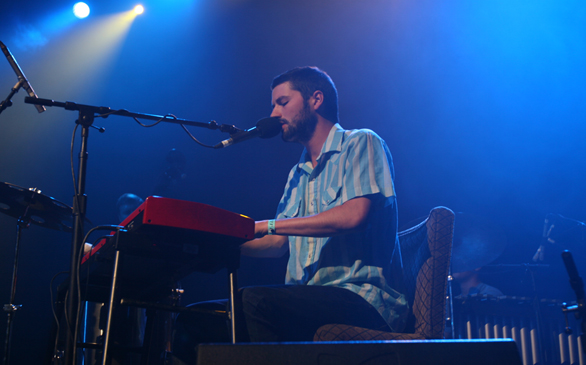 S. Carey opened for Tallest Man on Earth at the Music Box on Tuesday to a crowd not much unlike the music itself: calm and enthusiastic. The curtain opened to a great cheer from the crowd, and some girl in the front row shouted, “He’s got a beard!” to which Carey smiled a shortly cut bearded grin before easing into the first song.

With a calm chord and a soothing vocal harmony, the mood was set for the evening, or at least as far as that set was concerned, because when the diminutive Tallest Man on Earth came on an hour later things got way more boisterous. Carey even made a comment about the fact that the headliners have a very chill style, and the audience clapped and gave a little raucous cheer. This is not to say that the four-piece was boring at all, but rather, theirs is the type of show you watch with full agreement.