Bruce Kimmel: My Life in the Slow Lane 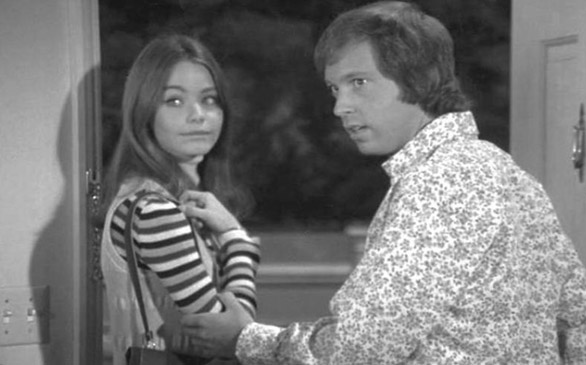 Susan Dey and Bruce Kimmel in

Grammy nominee and the ultimate jack-of-all-trades Bruce Kimmel has a confession to make: Hollywood in the ’70s was a lot easier to break into than it is today. Kimmel reveals the details of this revelation in his 10th book, There’s Mel, There’s Woody, and There’s You: My Life in the Slow Lane.

After a seminar at Los Angeles City College with his alumni association, Kimmel sat down with casting director Jeff Greenberg (“Modern Family,” “Eli Stone”) to discuss the evolution of the film industry. The two discussed the audition process today comparing it with the “old days” circa 1970.

“I was driving home, and I started to think, ‘That’s a really interesting story to tell.’ I did have an interesting career, and I had a career that very few people would have today,” boasts Kimmel. “It was a story I never wanted to tell actually prior to that event. But boy, did I have fun doing it.”

Kimmel shares with readers his experiences on set of popular shows such as “The Partridge Family” and “Happy Days.” He also appeared in the pilot for “The Doris Day Show” where he met one of his heroes, the iconic Doris Day.

“I had been in love with [Day] since The Man Who Knew Too Much. I always wanted her to be my mother. You just look at her and want to sing ‘Que Sera, Sera.’”

In Kimmel’s book, he opens up about when his seemingly flourishing career came to a halt and the crossroads he faced.

“The two parts [of the book] are the joy of having that career in the ’70s and then the surprising part for me was going and revisiting that very dark part of my life in the ’80s,” tells Kimmel. “I thought that would resonate with people because I was able to turn my life around in an interesting way.”

According to Kimmel, the book is not necessarily intended to warn actors or encourage them to pursue show business.

“I want [readers] to understand if they reach an impasse in their careers, it’s not the end of the world. I was at the end of the non-corporate era before the networks and the studio had to be involved in every decision and every hiring. It was, for me, more creative back then. I don’t know I would exist in this world.”

Speaking of the industry today, he says, “[The networks] have their fingers in every pie. It’s why you get the same movie over and over again.”

It was in 1993 when Kimmel made his life-changing decision to become a record producer. That same year he received a Grammy nomination for the revival cast album of Hello, Dolly!

“When I got the Grammy nomination, I thought, ‘This worked. This is great.’”

For Kimmel, his choice to produce musical recordings seemed only natural.

“I have no real interest in mainstream music. That’s not my field and I’ve been a fan of musicals since I was a little boy.”

While other record labels were releasing one or two show albums per year, Kimmel worked on as many as 19 a year. He also contributed to albums for Broadway singers and concept albums.

“Some people would disagree with this, but I think I’m at least partially responsible for bringing show music back to the recorded world.”

Kimmel has avoided it for as long as he could, but his next writing adventure just might be about his lucrative time as a record producer.

Kimmel believes his next book will either be that or possibly the fourth installment to his mystery series.

“I have been told my whole life if I had concentrated on one thing, I probably would have gotten further,” says Kimmel. “But my feeling is that if God gave you gifts and talents and you don’t nurture them, it’s a sin. So I’ve never regretted trying to nurture everything I do.”

There’s Mel, There’s Woody, and There’s You is currently available. Kimmel will be reading and signing books at Book Soup (8818 W. Sunset Blvd.) on Oct. 13 at 7 p.m.