“Rules of Engagement”: CBS’ hit show reinvents how the game is played. 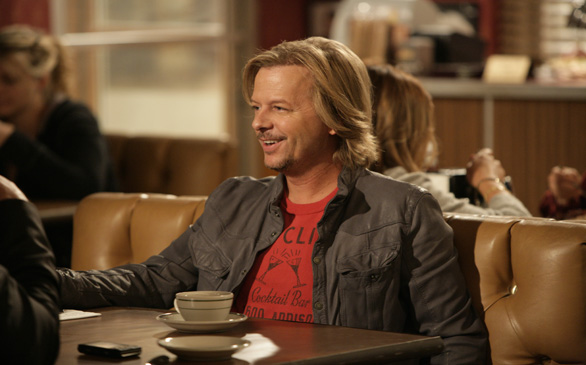 When CBS’ smash comedy “Rules of Engagement” hit the air in 2007, no one could have foreseen the success it would be for the network. The sitcom depicts the day-to-day goings on of a group of friends: Audrey and Jeff (Megyn Price and Patrick Warburton, respectively) are the seasoned married couple; Adam (Oliver Hudson) and Jennifer (Bianca Kajlich) are young, sweet and engaged to be married; Russell (David Spade) is the straight, single guy whose sexual antics keep everyone on their toes.

For fans of the show, “Rules” has provided a number of funny changes to its composition. Characters have changed – some becoming sharper (as in the case of Audrey); others have become dimmer (as in the case of Adam). But all are just as funny as ever. This includes relative newcomer to roster, Adhir Kalyan. As Russell’s straight edge assistant, Timmy, he adds balance and another arc to the mix.

Warburton admires his co-stars but stands in special admiration of Spade.

“He’s one of the smartest, off-the-cuff comics I’ve ever met,” says the actor.

As for Spade, he is looking forward to the many changes in store for everyone, especially Audrey and Jeff.

“I’m actually wondering if Patrick and Megyn will have a baby,” he says.

Spade also kicks around the idea of whether or not his character will finally settle down and domesticate the way the others have.

“I’m wondering how long I could suffer through,” he says, punctuated with a sarcastic chuckle.