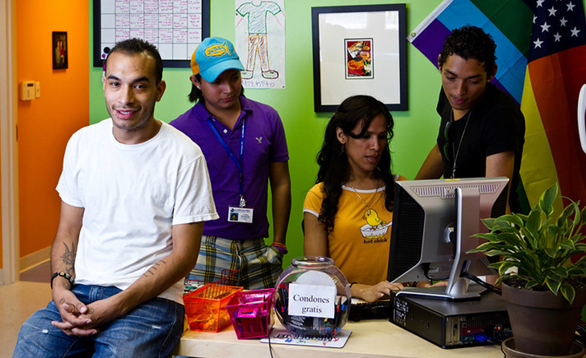 The statistics are startling. At least three percent of Washington, D.C. residents are living with HIV or AIDS. The city that is home to the capital of the most powerful country in the world has an HIV/AIDS rate that is one of the nation’s highest.

Wrapped in a thicket of prejudices and discomfort about homosexuality, race, class and drugs – all of which fuel opposition to life-saving programs like needle exchange, The Other City tells the stories of people who haven’t let the lack of government assistance prevent them from aiding themselves and others.

Putting human faces on the terrible statistics, this documentary introduces us to the people who live in the shadow of the U.S. Capitol, but remain almost invisible to the lawmakers and lobbyists who live there. There’s Jose Ramirez, who found companionship with an older man who died of AIDS and left him infected at 17 years old. Realizing he could play a role in helping others, Ramirez devoted his life to promoting HIV awareness among Hispanic teens. He spends his days as an outreach worker at La Clinica del Pueblo educating young Latino immigrants about the virus, and at night he can often be found distributing condoms in the clandestine places where people are most likely to engage in unprotected sex.

The Other City makes it clear that federal denial of funding for worthwhile programs has created a higher frequency of the disease. As the only city in the nation with no state government, Washington, D.C. has particularly suffered from this lack of federal government support.

With startling facts cited from the CDC (Centers for Disease Control and Prevention), which states that every nine and half minutes someone in United States is infected with HIV, Koch hopes this enlightening film not only sparks much-needed dialogue about AIDS in America, but that it also makes us aware of ‘the other city’ that is part of every city in America.