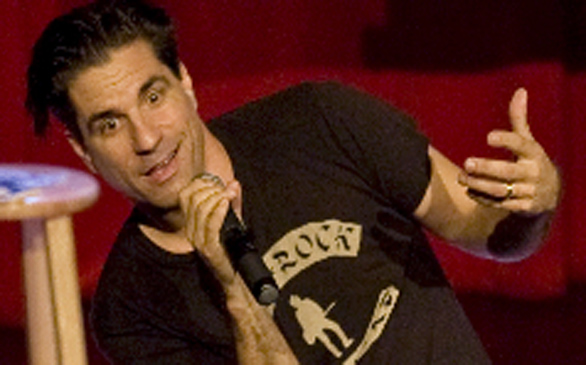 Joe Sib is a voice that many fans have grown to love. As the frontman of the 1990s punk band Wax (think: Spike Jonze’s video with a man running while caught on fire), host of the syndicated radio program “Complete Control” and the co-owner of SideOneDummy records, Sib’s overwhelming passion for music continues to shape a generation. Now, punk rock’s true Renaissance man is at it again, bringing his knowledge and energy to the stage with his one-man show, “California Calling.” Sib recalls, with humor and heart, a day in December 1981 that changed his entire life.

“Up until that day – about music – I only knew what was being played in my house. It was my parents’ music,” he relays.

Sib’s mother and father, who were divorced, split their time with him as he was growing up. On this day, when Sib was merely 13, his dad took him to Winchester Skatepark. There, he was not only exposed to great music, but he finally discovered a culture to which he could truly connect. Sib’s show is a memoir of comedy, family and music that has even inspired audience members to share their tales of when music changed them or influenced a particular time in their lives.

“There was this lady who came to one of the shows and as I was up on stage, she just starts yelling out things about the Ramones – you know, not in a mean way or heckling or anything. It was just that she was really into it and she just really wanted to talk about the music that she loved.”