“The Phantom of the Opera”: Now-Oct. 31 @ Pantages Theatre 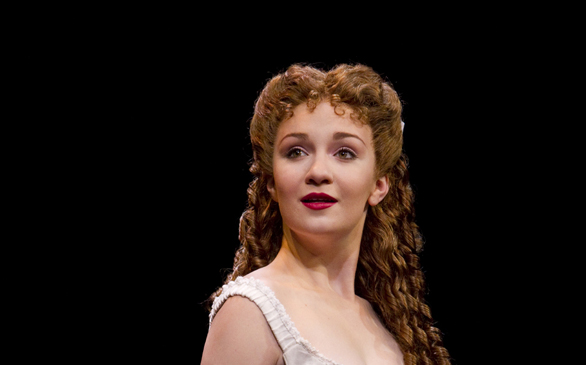 Paloma Garcia-Lee as Meg Giry in “The Phantom of the Opera”
(Credit: Joan Marcus)

On her first ever journey to Los Angeles, the triple-threat angel of music Paloma Garcia-Lee is hitting the Pantages stage in the final leg of “The Phantom of the Opera” tour. After appearing as the Meg Giry understudy on Broadway two years ago, Garcia-Lee stepped into the role on tour just days after leaving.

The past two years have treated Garcia-Lee well, but now she must say her goodbyes to the show. The Pantages Theatre serves as “Phantom”’s final stop of Broadway’s longest running national tour.

“It is a complete bittersweet experience,” says Garcia-Lee. “It’s so sad because I wish it would never end, but at the same time I feel so proud to be a part of this incredible show. I’m really lucky to be a part of it.”

Garcia-Lee is thankful for both the tour and Broadway experiences. “To be a part of both of those is just mind-blowing to me,” she shares. “I’m like ‘Oh my gosh, I did that.’”

Though the tour keeps a tight schedule, Garcia-Lee has made plenty of time to enjoy the traveling side. “You’re able to adjust to a city, enjoy a city for a couple of weeks, and then you actually get to get sick of it and go on to the next place,” she explains. “It’s a dream lifestyle.”

As the musical tour approaches its final bows, Garcia-Lee is prepared to branch out beyond musical theater. “I’m ready to expand after this. The sky’s the limit,” she says.