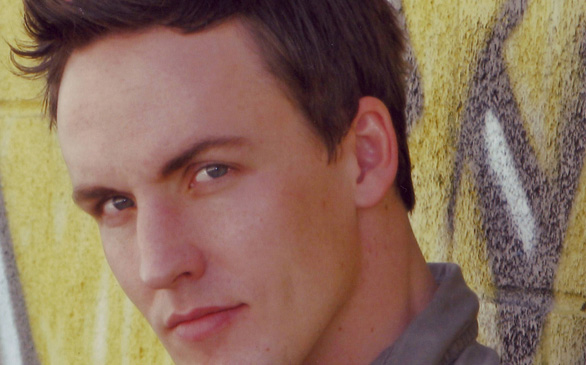 One of the highest honors for a young, up-and-coming actor like Christoper Zenner is being cast in a show alongside longtime Broadway veterans Jason Alexander (“Seinfeld”) and Stephanie J. Block (“Wicked,” “9 to 5: The Musical”) in “They’re Playing Our Song.”

Zenner is excited just to perform in a show with the Reprise Theatre Company, let alone one starring leads of this caliber. “[Alexander and Block] are the epitome of professionalism, passion and personality on and off stage. Any hint of celebrity, ego or diva is abandoned at the rehearsal door,” he assures.

Zenner has learned loads from the seasoned actors. “They know what it means to collaborate, especially when involved in such an expeditious rehearsal process,” tells Zenner. “To watch them work out a scene or a song and take it from the page to the stage is truly a marvel.”

“They’re Playing Our Song” is essentially a two-person musical with six ensemble members acting as their alter egos and inner voices through song and dance.

This marks Zenner’s first time with Reprise and the first time he has performed in this musical. In fact, he says he wasn’t that familiar with “They’re Playing Our Song” before he was cast last month. Luckily, he had five hours of final callbacks to familiarize himself.

“I’ve never done a show like this before. That’s what makes Reprise so great is that they produce lesser-known musicals,” says Zenner. “It’s a chance for people to see theater they wouldn’t normally see.”

As for his own expectations, he likes to go into each show just looking for fun and making connections. “I want to make a good impression with everybody,” he says, adding, “At the end, we’ll be like a family, except hopefully we won’t want to kill each other.”