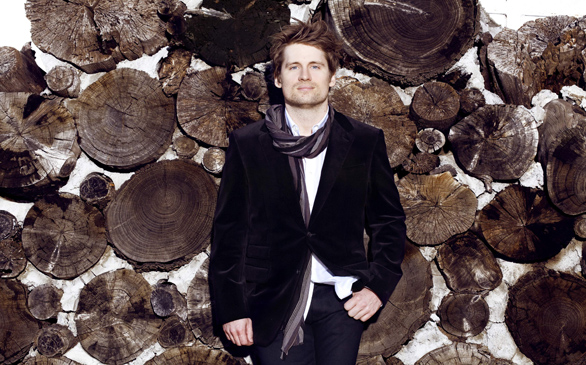 The former lead singer of Los Angeles band the Kings Royal has just released a solo EP. Conversations Missed is the debut from Benny Marchant, and the singer says that working solo allowed him to reveal more of his personality than did his work with various bands.

“For me, the best part about recording Conversations Missed as a solo artist was being able to be vulnerable,” says Marchant. “When I was in bands in the studio I used to hide some of my soul behind the music and sounds. Now I’m not trying to fit in with anyone else but me – a new me.”

Conversations Missed is just an appetizer from Marchant; his full album Cold Weather is scheduled for an early 2011 release. Marchant performs Sept. 30 and Oct. 15 at the Mint and Nov. 7 at the Viper Room.

It takes a big scorecard to keep track of Los Angeles-based phenomenon Kristian Hoffman. The performer was the main songwriter for the CBGBs-era punk band the Mumps, wrote pop hits for esoteric ’80s act Klaus Nomi, has served as musical director for Rufus Wainwright and co-wrote and produced Ann Magnuson’s last album. Then there’s Hoffman’s last album, &, which found him collaborating with Wainwright, Lydia Lunch, Maria McKee, Paul Reubens and Van Dyke Parks. Hoffman’s resume gets even thicker this week with the release of Fop, where among other things he duets with Prince Poppycock of “America’s Got Talent” fame.

“I wanted to make the biggest, most grandiose album I possibly could as an independent artist,” says Hoffman. “I see it as a combination of Bowie’s Ziggy Stardust and the Moody Blues’ Days of Future Passed. It’s sort of a gender-indeterminate fantastically appointed love letter to the apocalypse; candy-colored lifestyle suggestions for the end of the world.”

No word yet on Hoffman’s plans for a Fop tour.

Who are the Swedish House Mafia?

Well, I’m glad you asked. The Swedish House Mafia consists of Axwell, Sebastian Ingrosso and Steve Angello – three producers each with their own acclaimed independent record labels and world-renowned for their production prowess and roof-raising live shows. The superstar DJ collective recently had a big hit with “One (Your Name)” featuring Pharrell and now they’re getting ready to release a compilation called Until One.

The collection features a remake of MGMT’s “Kids” entitled “Kidsos,” a mashup of Coldplay’s “Clocks” called “Meich” as well as reworkings of Daft Punk’s “One More Time” and The Source’s “You Got the Love.” The 24-cut comp also serves as the soundtrack to Take One, an upcoming documentary that chronicles the Mafia over a two-year period. Until One drops on Oct. 26 via Astralwerks Records.

Good Fight Music has just released a free sampler that’s available at Amazon.com, no strings attached. The nine-track freebie includes “Drive This Stake” by Cancer Bats, “Primal Detective” by the Contortionist and “When it Won’t Save You” by Conditions. Good Fight Music was formed earlier this year by music industry vets and former partners at Ferret Music Carl Severson and Paul Conroy, who between them have helped launch the careers of numerous hardcore and metal acts like Killswitch Engage, Every Time I Die and From Autumn to Ashes. The Good Fight sampler also includes one song each from Rosaline and This or The Apocalypse and two songs each from Son of Aurelius and I Am Abomination. The free download is a limited time offer.

Knitting Factory Records has reissued another grouping of albums from the late Nigerian superstar Fela. Collectively entitled Zombie after one of Fela’s best-known songs, the batch contains 11 albums spanning the years 1976-1980. Besides the individual album also called Zombie, the flight of releases includes the albums Upside Down, Stalemate, Fear Not for Men, Opposite People, No Agreement and Music of Many Colours, Fela’s 1980 collaboration with American jazz man Roy Ayers. Fela left an imposing body of work; Knitting Factory has already re-released 13 CDs and 23 albums this year and has plans for another batch this winter. For a sample of Fela’s African funk music surf the ’Net for a free download of “Zombie;” Knitting Factory has made the song available to all and it is widely posted.