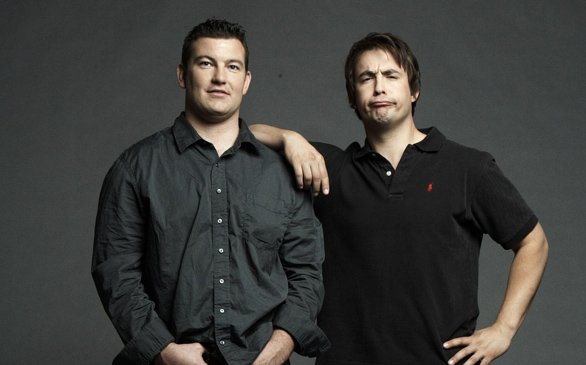 Authors of The Party Bible

The Party Bible is, for all intents and purposes, a brainstorming session between two retired frat guys on all the parties they would have like to throw given the money, the space and perfectly like-minded group of friends who would think something like a “fake wake” party (as in, body-in-the-living-room wake) would be fun. Given that Connor Pritchard and Dominic Russo, the authors, are also founders of the Fifth Year Brand, it makes sense.

Most of the suggestions range from the impractical (“Beach Bunker Bonanza”) to the non-PC (“Crips and Bloods Party”) to the plain old stupid – personally, I would sprint out of a party where people smelled like B.O. just to fit in with the theme of “awkward.”

That doesn’t mean it isn’t worth looking through. The Party Bible is for the reformed frat boy, the guy who realizes that making girls uncomfortable with their drunken and aggressive flirting is very pre-Gloria Steinem (Rule number two of the introduction is be respectful to women.). And not all of the ideas, or even most of them, are that bad. I would definitely go to a “Gordon Gecko Dinner Party,” and in the end, getting people to show up to your party is the goal of the book.

The Party Bible is currently available.