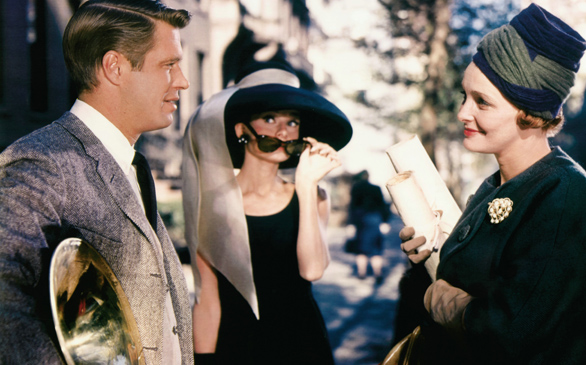 Have you ever wondered what type of movie you would be, if you had to (however forcibly) be shoved into one of those dreaded, horrifically assumptive pigeonholes – a stereotype. I wonder that sometimes. I would gladly self-categorize and say I am a Tim Burton film. No, not Charlie and the Chocolate Factory or Sweeney Todd. I would say I’m more of a Sleepy Hollow, the underestimated, romanticized take of an American legend that uses a bleak color palette and gore to create something quite lovely.

That is translated from the fact that I am a romantic who likes all sorts of stories and pretty images and who has a surprising dark side. If it isn’t obvious, I’m partial to Tim Burton. Of course, others might peg me as The House Bunny, or worse, a Michael Bay film, in which case I respect your opinion and heartily tell you that is not the case.

For a director, it’s far too assuming to say that one film defines the genre in which they will create for the rest of their career. Aforementioned Mr. Bay has a tendency to make, well you know, the blockbuster action films and Megan Fox star vehicles. However, there is an inherent part of every artist that relies on novelty, on doing something out of their comfortable, studio-financed box, something that requires them to not just make, but to create.

The process of development varies from artist to artist, but there is a common thread that connects directors to one another, and that is the passion for the moving image, to create what an entire theater’s worth of people will stare at for approximately one hour and 45 minutes. The idea of watching a screen change pictures for that long sounds ridiculous, which is why we entrust the experts to make us forget.

These so-called experts in certain fields try to broaden their own horizons. Comedians have dabbled in dramas. (Remember Will Ferrell in Stranger Than Fiction?) Actors like Robert Redford and even Ben Affleck have switched to directing. Actors try … establishing a career as a hip-hop artist? Let us know how that one goes, Joaquin Phoenix.

A similar comparison can be drawn between works by a particular filmmaker that spans the genre spectrum. Versatility is a major component of artistic capability, nearly on par with talent and persistence. Sam Mendes is a venerable producer-director whose credits don’t list very far down the page but who has been commended for his thought-provoking films ranging from a dark dramedy (American Beauty), a war flick (Jarhead), a low-budget, subtle comedy (Away We Go) and a serious drama (Revolutionary Road).

Mendes is a recent success, and he has his predecessors to thank for their expertise in how to direct varying types of films, but still stay true to his style, his own auteurship, if you will. Blake Edwards is not a name you may recognize right off the bat. The Oklahoma native directed his first film in 1955, but made it big in 1961 with his first hit, Breakfast at Tiffany’s, which he followed with the 1963 Peter Sellers comedy The Pink Panther (the wonderful original that has spawned some not-so-wonderful remakes). He spent the next decade making a spattering of films: some sequels, another few Sellers films and then 10, the Bo Derek flick that was the direct cause for the influx of nude-colored bathing suit sales in 1979. He was finally properly recognized for his incredible dedication to film when he was the recipient of an Honorary Oscar in 2004.

On Thursday, Sept. 30, “An Evening with Blake Edwards” will be presented as an installment of the Jack Oakie Celebration of Comedy in Film at the Samuel Goldwyn Theater. Although his resume can attest to the diversity of his lengthy career, Edwards is possibly best known for his comedies that are still around to this day.

The event includes a screening of his 1981 Hollywood satire S.O.B., starring Julie Andrews and William Holden, as well as a special appearance by the man himself. Well into his late 80s (He is just a couple months younger than Betty White!), Edwards will participate in an onstage conversation about his life – the films he has made, the people he has worked with most, such as his real-life wife Julie Andrews and, of course, Peter Sellers.