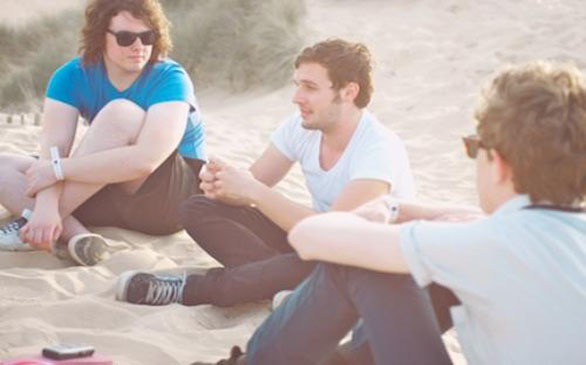 “I just want to set the world on fire!” belts out Luke LaLonde during the intro of “Retard Canard.” What he means to say is that Born Ruffians are coming at you with a raw, uninhibited energy that can only be found on their new album, Say It.

This isn’t an album that’s overshadowed by excessive electronic tampering. It’s deliberately bare to draw you into to their purpose: to be as callous and as candid as possible. They still keep true to their familiar quirk and twang; they just add a bit more grit, pop and bounce.

From the opening track “Oh Man” to the ending song “At Home Now,” it’s clear that this is an album meant to be listened to while embarking on a cross-country adventure, surviving the sweltering heat by the fleeting moments of a crisp, refreshing breeze that can only be encountered at sunset.

Say It is currently available.