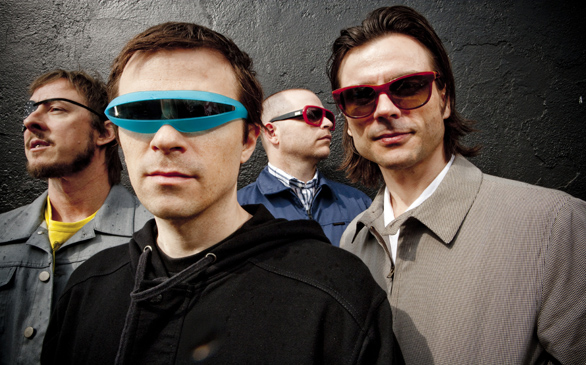 Weezer has some of the most dedicated fans in the business, and it’s only appropriate that for this album they have a bit of a tie-in with departed television show “Lost,” another pop culture vehicle that turned the masses rabid. Hurley is named after the character that actor Jorge Garcia played on “Lost,” and the album’s cover features a head shot of a grinning Garcia.

It’s all just a Weezer curveball though, like the catchy hooks that the band seems to pull out of nowhere, since other than the two random references Hurley has absolutely nothing to do with “Lost” or anything “Lost”-esque. Weezer fans have come to expect nothing short of pop perfection from the band and Hurley, although another brief outing at barely over half an hour in length, will not disappoint.

Every song has a hook waiting for the listener to discover; during “Memories,” a somewhat humorous recollection of on-the-road antics and during the buzzing “Hash Pipe”-like “Brave New World” the hooks are loud and in-your-face while the honeyed, melancholy pop of “Run Away” showcases a quieter type of catchiness. Not surprisingly, the two best songs here are about sex, and both are performed tongue in cheek. On “Smart Girls,” frontman Rivers Cuomo sings the praises of intelligent women and just when you think he loves his latest girlfriend for her mind, he lets it slip that he “can’t get enough” of her “sleeping in the buff.” But the absolute gem here that will be the song that Hurley is primarily remembered for is “Where’s My Sex?,” an anthemic punch list of twisted excuses for not getting any. Hurley closes with “Time Flies,” a subtle but extremely memorable ’60s-style piece co-authored with hit songwriter of the era Mac Davis.