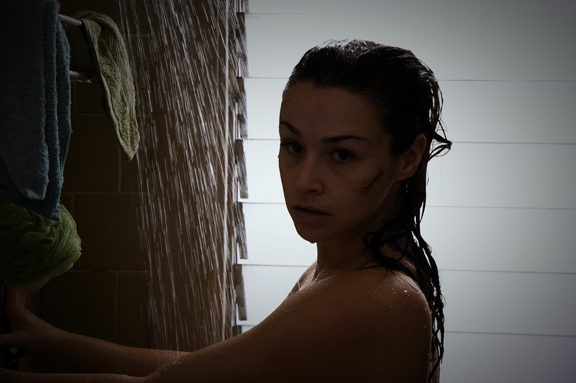 With a monstrous groan Victor Crowley (Kane Hodder) jumps out of the swamp to kill Marybeth (Danielle Harris) in the opening scene of Hatchet II. From the very beginning it is apparent that the audience is in for a thrill during this film that’s full of gruesome scenes mixed with a plot line that answers all the questions remaining from the first Hatchet movie.

Writer/director/executive producer Adam Green manages to do all this while also intertwining a comedic aspect. Hatchet II is an effort made by Green to bring back traditional horror of the ’80s without the special effects used by most mainstream horror films today. A large risk was taken in releasing the film unrated, but Green faced much litigation while releasing the first Hatchet film as NC-17.

The story line is rather well developed. It picks up right where Hatchet left off, but one can still enjoy and understand the movie without seeing the first installment. Marybeth escapes from the bayou where Victor Crowley lurks and speaks to Reverend Zombie (Tony Todd), a voodoo shop owner who also plans tours through the swamp. He reveals her family’s past relationship to Victor Crowley. Marybeth, determined to find the bodies of her family to give them a proper funeral, convinces Reverend Zombie to compile a team to search the swamp. Reverend Zombie, however, has motives of his own, which are revealed later in the movie.

Reverend Zombie gathers a team of experienced hunters, who, along with Marybeth and her uncle, enter the bayou with the goal of terminating Victor Crowley to break the curse on the swamp and make it once again accessible. Once the group breaks up to cover more ground, Victor Crowley stalks members of the hunting team until the night culminates with a final face-off between Marybeth and Victor Crowley himself.

The many twists in this film will keep you engaged while you still get your fix of unrated horror scenes with comedic undertones. Hatchet II is better than the first, and the third is said to be even better.

During a Q&A with Green after the Los Angeles premiere, the filmmaker said that a third Hatchet is coming, and he hopes that each new film is better than the last.