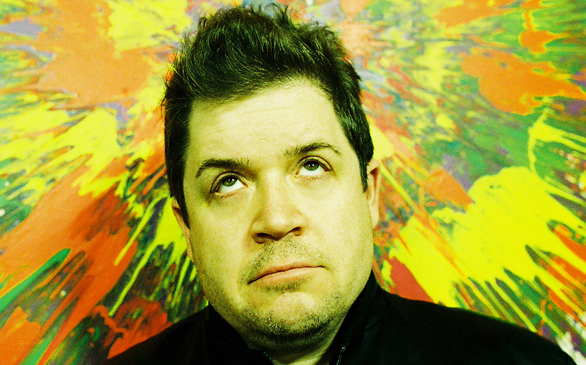 Somehow between his numerous movie and TV gigs, Patton Oswalt also manages to be one of the funniest stand-up comics working today. That was well apparent at Largo. Oswalt assembled two of his friends, Greg Behrendt and Janeane Garofalo, for a killer night of comedy.

Fresh off his newly minted status as unlikely romance advice guru, Behrendt started things off with a hilarious set, pacing the stage with manic energy as he dissected the intricacies of battling agro fitness buffs for parking spaces, the history of cake and the baffling nature of Vampire Weekend.

Garofalo took the stage to a warm welcome, as if the crowd were welcoming back an old friend. She launched into a brilliant tirade contrasting our coddling of white-collar and political criminals to the cruel lambasting food show contestants endure.

When Oswalt came out the crowd erupted. In his first bit, he revealed his suspicion that his toddler daughter might be a psychopath. He regaled the audience with tales of his journeys as a heavyset middle-aged man through the hipsterdom of Los Feliz. Then he did something altogether rare for comics: defended Los Angeles against its East Coast rival.

Largo is a great venue. Aside from its no B.S. cell phone/talking policy, it is, as Behrendt described it, “home base” for comedians in Los Angeles. It has an insider mystique to it. You never know who might show up. The vibe from the crowd is always great in turn. You get the feeling everyone is there to have a good time – which is sadly not always the case at comedy clubs. Patton Oswalt and friends were happy to oblige.