How I Met Your Mother: Season 5 and More 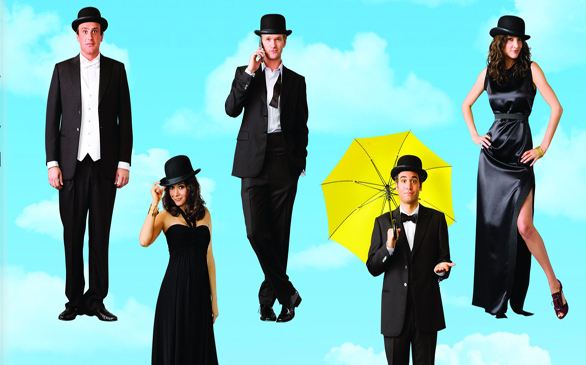 The Idiotbox: One of the funniest sitcoms on TV, How I Met Your Mother: Season 5 also boasts one of the best casts, including Jason Segel (of Apatow fame), Alyson Hannigan (American Pie) and Neil Patrick Harris as the lovable cad Barney. The series follows Ted (Josh Radnor) in his quest for love, with his cadre of friends for help.

Spike TV’s raunchy college comedy Blue Mountain State: Season One follows the misfits of a state college football team as they party and try to get laid.

Eric Stoltz stars in the “Battlestar Galactica” spinoff Caprica: Season 1.0. Set 50 years before the original series, “Caprica” centers on how humanity is forever changed with the advent of the artificial intelligence Cylons.

Running only one beloved season in 1975, Ellery Queen Mysteries: The Compete Series was a unique take on the traditional mystery. Jim Hutton stars as the son of a NYPD detective and amateur Sherlock Holmes who invites the viewer to solve the crime with him.

The Horror! The Horror! It’s hard to come up with anything really disturbing in these desensitized times, but the makers of The Human Centipede have done just that. Two American girls are on a road trip in Europe when their car breaks down and they are taken prisoner by a demented surgeon obsessed with surgically connecting people.

Stranger Than Fiction: Two NBA greats, career-long rivals and friends, are profiled in Magic & Bird: A Courtship of Rivals. Narrated by Liev Schreiber, this HBO special follows the pair from their first meeting in the 1979 NCAA championship through eight NBA titles.

The Oath is a rare glimpse inside the world of Al-Qaeda through the eyes of two men who came to work for Osama bin Laden in the ’90s and wound up in Guantanamo.

BlueGreen: Our Connection to the Ocean examines the deep role these magnificent bodies of water play in our genetic makeup, as told by surfers Keith Malloy, Layne Beachley, Robert August and others.

Under the Radar: After being blacklisted, Jules Dassin (Rififi) went to France where he enjoyed a long and fruitful career. The Law is a departure from Dassin’s usual noir milieu. It’s a lark set in an Italian village where everyone is in love with someone else and everyone has hidden motives. An all-star European cast includes Marcello Mastroianni, Yves Montand and bombshell Gina Lollobrigida.

Now available in a new deluxe edition, Outsourced is a timely romantic comedy. After his job is outsourced, Todd (Josh Hamilton of Kicking & Screaming) must travel to India to train his replacement. In the process he learns about the other culture and himself. Romance fans craving something more than brainless assembly line rom-coms take note.

Blu Notes: These days a lot of movies try to prepackage cult classic status – which never works. So it’s great when you stumble on the true so-bad-it’s-good film. Troll 2 is one such gem, now available in hi-def. A family vacations in a rural town, Nilbog (goblin backwards), and finds that the residents are secretly goblins! The result has to be seen to be believed.

Bogie comes to hi-def! One of Hollywood’s greatest stars, Humphrey Bogart made a staggering number of all-time classic films, 24 of which are now available in Humphrey Bogart: The Essential Collection. Favorites like John Huston’s The Treasure of the Sierra Madre and the watershed noir The Maltese Falcon are also available individually.