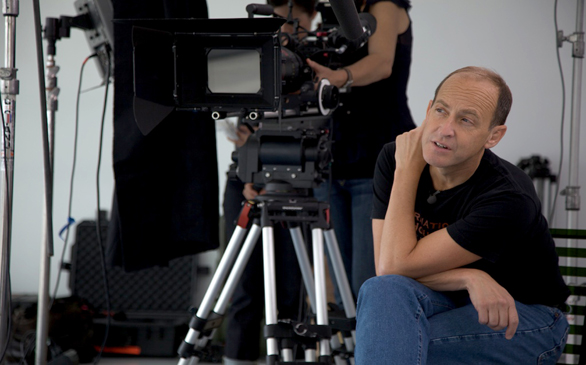 Those who have studied it will tell you that money is not an easy subject to conquer. From personal investments to global finance, past and present movers and shakers have had to traverse a number of laws, ethical issues, public interest and politics for the sake of the mighty dollar. Inside Job is a documentary that dissects basic financial principles and edicts and uses them to explain the current global financial crisis. Sounds stuffy, right? Well, make no mistakes; it isn’t. The film is not only daring and stylish, but it offers a jaw-dropping look at how some of the brightest financial minds around managed to break the world and get away with it ... leaving the general public to suffer in their wake.

From open title sequence to end credits, director Charles Ferguson fills every second of his film with clearly delivered information about economics. He utilizes interviews with financiers, academics, therapists and politicians to tell the frightening and surprising story of why millions of Americans are homeless, in foreclosure and unemployed.

Narrated by Academy Award winner Matt Damon, Inside Job unfolds like a carefully crafted murder mystery. At times, it feels like the great Alfred Hitchcock is being channeled through all the greed and stupidity Ferguson manages to uncover. The money-speak is never too preachy nor is it hard to follow. In many places, levity even creeps its way into the film. There’s nothing funnier than watching bigwigs attempt to lie their way out of monetary genocide. Ferguson realizes this and plays it up like a pro.

But the thing that is most interesting about Inside Job is that it’s not just a story of well-educated, posh white men screwing over the little guy. It is actually an impartial look at the myriad men and women – black and white, Republican and Democrat – who sold out their constituents to get rich and richer still. Furthermore, the film teaches audiences how their home purchases, recreational consumerism and everyday buying habits have wreaked havoc on industries stateside and abroad.

Like other compelling documentaries such as An Inconvenient Truth and Fahrenheit 9/11, Inside Job is a conversation catalyst to anyone who dares to see it. It is a must-see film for those touched by the recession. While it may not change the current state of things, it does expose it in a way that will hopefully make the masses sufficiently angry come Election Day.