Comic Books at the Movies 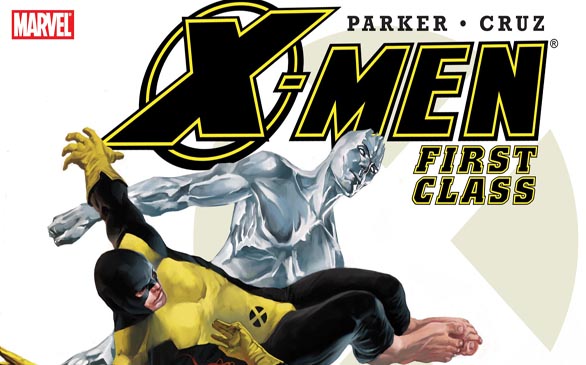 Given the shaky history of comic book adaptations, none of these in-development projects may ever see the light of day. However, in recent years, Hollywood seems to have decided that comic book adaptations are instant money in the bank – at least until the bottom falls out (Jonah Hex, anyone?) – so the chances of seeing these titles at the local multiplex have increased greatly.

Given the monumental success of Christopher Nolan’s Batman films, a third is guaranteed. So far details are murky, but rumor has it the versatile Joseph Gordon-Levitt and Johnny Depp are on the short list to play the Riddler, while Philip Seymour Hoffman could appear as the Penguin.

Twenty-twelve is going to be a big year for comic book adaptations. Robert Rodriguez returns to direct a second Sin City. No details have been leaked yet, but given that there are seven graphic novels to work from and Rodriguez’s digital filmmaking style is cheap and fast, they could be cranking out these top noir homages for many years to come.

After the unwatchable Spider-Man 3, Sam Raimi will not return for a fourth go around. Marc Webb ((500) Days of Summer) continues the baffling trend of unlikely comic movie directors for the reboot, set for 2012. British actor Andrew Garfield (The Imaginarium of Dr. Parnassus) will play Peter Parker.

Stephen Frears (The Queen) directs this adaptation of Guardian cartoonist Posy Simmonds’ reimagining of Thomas Hardy’s Far From the Madding Crowd. Set in modern day, the film follows a newspaper columnist who returns newly enhanced by plastic surgery to her rural hometown and sets the menfolk in a tizzy. It’s a great satire of the British bourgeoisie.

Directed by Matthew Vaughn (Kick-Ass) and already in production in England, this film reboots the series to the founding of the X-Men. Bryan Singer is producing. James McAvoy plays the young Professor X. But will he shave his head?

After the success of Mark Millar’s Kick-Ass, this Millar adaptation might soon be on the fast track. The comic takes place in a possible future where America has expanded the War on Terror into Iran and has started giving pills to soldiers that give them superpowers.

One of the best comics of the last 10 years, Brian K. Vaughan’s sci-fi epic about a world where every male except for one has died off continues to languish in development purgatory. The collapse of New Line and coming and going of star Shia LaBeouf and director D.J. Caruso have complicated matters. Current director Louis Leterrier didn’t sound hopeful at the premiere of his latest, Clash of the Titans, but hinted that perhaps the epic scope of the project would be better suited to a mini-series. Listen up, HBO!

Preacher, Crossed and The Boys

Garth Ennis has three projects in the works. Joe Carnahan, hot off The A-Team, is psyched to adapt Ennis’ epic Preacher for the big screen.

Ennis himself has written the screenplay of Crossed for Kevin Spacey’s production company. It follows a group of survivors in a post-apocalyptic future after a strange virus has turned most of the population into crazed killers. Some similarities to the recent remake of George Romero’s The Crazies, plus a glut of post-apocalyptic fare might shelve this project.

Anchorman director Adam McKay seems an unlikely candidate to direct a comic book adaptation, but apparently he is a diehard fan. Whether or not that gives him the visual flare to pull off Ennis’ The Boys is another matter. The story follows a superpowered team of CIA agents who police (and in some cases eliminate) superheroes. The writers behind Aeon Flux and Crazy/Beautiful are writing the script – which does not exactly bode well.

One of the greatest documentaries ever made, this new Criterion edition of the Terry Zwigoff (Ghost World) film is a fascinating look at one of the key figures of the underground Comix movement of the ’60s, Robert Crumb. The film delves into the source of Crumb’s provocative, highly personal and psychedelic work.

The Mindscape of Alan Moore

Go inside the mind of the man who on his 40th birthday declared himself to be a shaman. Comics’ mad genius is a reluctant interview, but here he talks quite openly about his own work and his theories behind storytelling, including how storytellers are modern-day spiritual leaders.

This film focuses on the controversial history of the comic book, from the McCarthy-like witch hunts on the industry and subsequent adoption of the Comics Code to the birth of the Comix underground and eventual emergence of more personal indie comics in the ’80s. Such luminaries as Jack Kirby, Robert Crumb, William M. Gaines (Tales From the Crypt), Harvey Kurtzman (Mad) and Art Spiegelman are interviewed. It also features amazing archival footage, including a hilarious anti-comic book scare film and artists reading from their work.

This excellent History Channel documentary spans the history of the comic book, from its birth in newspaper strips to the advent of the superhero with Superman and through to the modern day. Some big names appear, including Michael Chabon, Denny O’Neil, Will Eisner, Kevin Smith, Frank Miller and, of course, Stan Lee.

You can catch this BBC special on YouTube. Ditko devotee Jonathan Ross sheds light on the reclusive co-creator of Spider-Man and Dr. Strange. Neil Gaiman, Mark Millar, Alan Moore and Stan Lee offer their thoughts. Following a legendary and mysterious falling out with Lee, Ditko left Marvel after only 40 issues of Spider-Man. Ross travels with Gaiman to New York to find the influential artist.