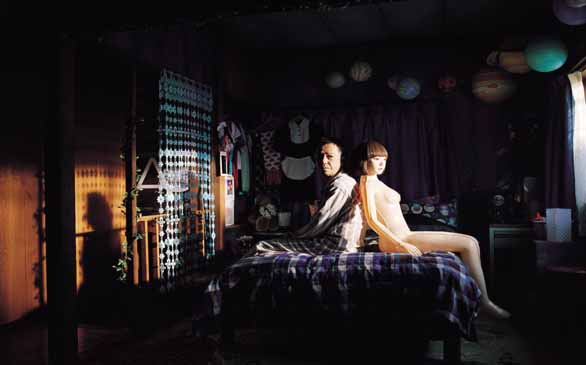 A few years ago, the prestigious and elitist Academy Awards was swept up and held in a tizzy by three syllables that have come to forge many overly used and often sexually encoded meanings over the five years since its inception into our cinematic vernacular. “Brokeback-style” or “finding your Ennis” have become commonly accepted phrases that, however politically incorrect, also have brought a measure of acceptance and understanding from a harsh and judgmental suburban America who were once scared of the so-called infestation of homosexuals and the subsequent conversion of family members and neighbors from gay to straight that could be incurred.

It’s ridiculous. I know that, as does any person with a functional brain and access to modern-thinking films and works of literature, thereby nearly anything produced after the turn of the millennium. Brokeback Mountain was explicit in its depiction of homosexual love and the consequences of said amorous affections in Wyoming in 1963, which might as well have been 2005 for the reaction it received.

The 1960s were a radical time for film history. The MPAA under president Jack Valenti had killed the old Production Code that dictated Hollywood etiquette for several decades and incorporated a new system of classifying and rating films. Just approving films with a seal and merely suggesting to audiences that a film contained mature content was not flying with conservative-minded and religious organizations that went out to see Elia Kazan’s Splendor in the Grass or the viciously violent Bonnie and Clyde or Who’s Afraid of Virginia Woolf?, which was groundbreaking in its use of profanity and sexual implications.

Brokeback Mountain was the right film at the right time, feeding to the country’s inability to suppress any longer its rising throngs of progressive individuals who were sick of not asking and not telling. Subsequent films that were inspired by or green lighted because of the Oscar hit include Milk and most recently Howl, based on Allen Ginsberg’s controversial poetry and the court trials that ensued.

This may be a far-fetched association, but I would like to think that this is the age of gender liberation as well as intercultural and transracial acceptance. Ang Lee (finally) won the Academy Award for Best Director for Brokeback Mountain, marking the first Asian American to take home the prize. He was nominated for Crouching Tiger, Hidden Dragon in 2001, but was beat out by Steven Soderbergh. The iconic Japanese director Akira Kurosawa was never so highly honored by the academy.

Lee emigrated from Taiwan to America in his mid-20s to pursue film after fulfilling his duties to the Republic of China’s military service. He spent much of the ’80s at home with his kids, writing scripts and praying he would make films. Finally, he managed to find funding for three consecutive films known as the Father Knows Best trilogy. They were family-driven dramas centered around the patriarchal struggle of relating to grown children, as well as to finding an identity as an Asian American who speaks both languages and needs both cultures to survive.

So by the time he made Brokeback, Lee was a veteran to the craft, a master who could recreate Jane Austen’s ultra-British Sense and Sensibility or modern American author Rick Moody’s The Ice Storm with equally impressive dexterity. Despite (or possibly because of) his background, Ang Lee took one giant leap for Asian Americans in Hollywood.

In his honor and in the honor of the hundreds of under-recognized Asian-American filmmakers, the ID Film Fest debuts in Little Tokyo, Downtown Los Angeles, as a program of the Japanese American National Museum. Founded in 2008 by filmmakers Koji Steven Sakai and Quentin Lee, the festival aims to screen compelling Asian-American works that have not had the opportunity to show in this city.

The unique festival opens with Kit Hui’s Fog and closes with Ian McGruder’s The Things We Carry. The highly anticipated film by Hirokazu Koreeda, Air Doll, is featured as the Centerpiece film.

Founder Quentin Lee says about the importance of finding room in the melting pot of American culture: “Los Angeles is a postmodern collage of cultures and identity. Further diversifying the community are the divisions between first-generation immigrants and those who were born here. A crisis of identity is inevitable and necessary even though we fantasize a more utopian unity. ID Film Fest is proud to present contemporary works that examine, explore or celebrate the identity crisis in our diverse global Asian community.”

National Center for the Preservation of Democracy is located at 111 N. Central Ave., Los Angeles. For more information, visit idfilmfest.org.