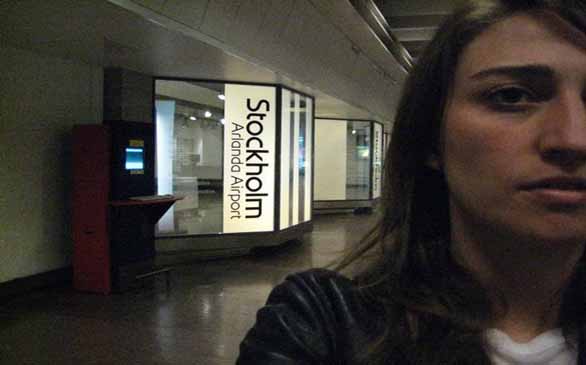 Sara Bareilles’ live show at the Orpheum was flawless. Her pitch is phenomenal, and her personality is a winner with her faithful audience. Bareilles launched her No. 1-selling Kaleidoscope Heart tour just a couple weeks ago with a pit stop at the Orpheum in downtown Los Angeles.

Javier Dunn, best known for playing in Bareilles’ band, opened the show as a solo acoustic performer. He was charming and had quite a few songs that made the girls melt, but, hopefully, next time he will have a band to share the stage with.

Greg Laswell was another charmer to open for Bareilles. He has the voice and the personality. The fans loved him, and it was a fun time when he was on stage with his full band complete with piano, guitars, cello and drums.

When Bareilles hit the stage, she was a basket case filled with gratitude for her fans. She couldn’t thank her supporters enough, and she seemed genuinely thankful to be living out a dream of performing at the Orpheum.

She opened the show by rockin’ out to the crowd-pleaser “Vegas” and banged out a few other hits from her previous album, Little Voice. Kaleidoscope Heart released just this month, so it was no surprise she didn’t perform a ton of those songs so early in the tour. As expected, her performance of her newest hit “King of Anything” was completely stellar and the crowd loved every second of it. She chose well when it came to introducing other great songs on the album to the audience.

Equally as impressive as Bareilles’ astonishing voice is the fact she plays so many instruments throughout her live show. She’s not just the piano queen advertisers would have you believe. She appeared on piano, guitar, ukelele and even the accordion. Bareilles’ concert was filled with those wow moments. To hear her belt her face off (more so than you’ll ever hear on her albums) is not only worth the money, but it is just an all-around unforgettable night.