Antony and the Johnsons: Swanlights 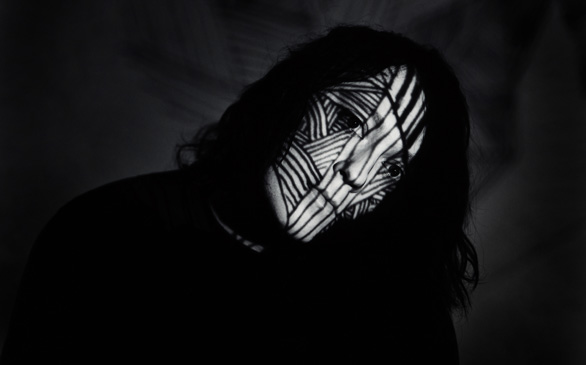 “Whatever happened to musicians like David Bowie and Brian Eno?” a friend of mine recently lamented as we dug through bins of vinyl at Amoeba Music. “We don’t have anyone of that caliber these days,” he said.

And like those greats from decades past, the man is multifaceted, which his new release, Swanlights, will further reiterate. Because if 11 tracks of aural loveliness aren’t enough to sate your palate, then a special edition featuring Hegarty’s art renderings might tie it all together quite nicely for you.

Hegarty’s music is so intensely personal, his voice so bursting with emotion that one almost feels ashamed listening, like a peeping Tom taking in forbidden sights. It is this transparency, this baring of his soul that makes each track raise the hairs on one’s neck.

The album begins with minimalist piano and vocals that build in intensity measure by measure until at last the orchestra joins in on its climax on “Everything is New.” As the title might suggest, one can almost imagine Hegarty creating new worlds upon this wave of sonic anticipation.

Swanlights explores the dying and mourners on several tracks with both a morbid curiosity and refined dignity with the resigned “The Great White Ocean” and the heart-wrenching “The Spirit Was Gone.” “Ghost” is strangely uplifting and Hegarty’s unmistakable voice is at its most sublime here against a backdrop of tinkling piano and soaring strings. “I’m in Love” and “Thank You For Your Love” are rare joyful tracks, which almost come across like a sigh of relief.

The title track is creepy in a signature Anthony and the Johnsons way; their creepy is equal parts gorgeous and unnerving. Here Hegarty coos over a wash of distortion and accompaniment looped in reverse.

A pairing with creative counterpart Björk is revisited (Hegarty contributed on two songs on her release Volta.) on “Flétta.” Although Björk takes center stage vocally, Hegarty boldly matches her Icelandic lyrics with his complimentary crooning and playful rhythmic piano.

The album reaches its end with dream-rant vocals paired with orchestrations on “Salt Silver Oxygen,” then comes full circle with “Christina’s Farm”’s sparse piano, resurrecting the opening track’s theme as everything is “tenderly renewed.”

Swanlights is transformative and stunning, Antony and the Johnsons’ most diverse album to date.