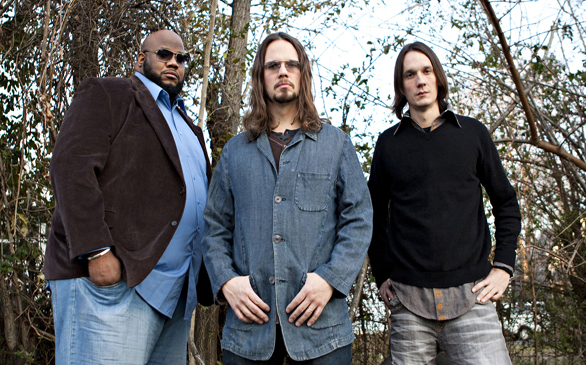 Since album titles are often goofy or nonsensical, it’s unlikely that anyone will so much as bat an eye at the dessert-free moniker of the new Gin Blossoms release. Unfortunately, the title is a little too prescient since there is very little here in the way of treats.

The band has had a hard time in coming up with well-written songs since the death of guitarist and songwriter Doug Hopkins in 1993. Hopkins penned hits “Hey Jealousy” and “Found Out About You” and played a large part in shaping the harmony-filled jangle pop that garnered Gin Blossoms millions of fans.

The harmonies are sweeter than ever and the guitars still jangle, but the songs on No Chocolate Cake suffer from a severe lack of hooks, and many of the set’s 11 songs sound very much alike. Only “Dead or Alive on the 405,” a Beach Boys-flavored tune, and the oddly arranged slow ballad “If You’ll Be Mine” venture very far from the cookie cutter, and neither goes far enough to hold much interest.

The band brought in Danny Wilde of the Rembrandts to play keyboards and help with the production, but if Gin Blossoms want to do anything more than live on their laurels, they’re going to need to take it a step further and bring in outside songwriting help next time.

No Chocolate Cake is currently available.