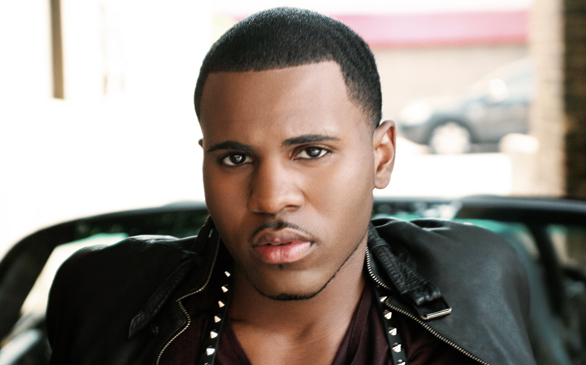 Since releasing his debut single, “Whatcha Say,” back in 2009, new artist Jason Derulo has become a regular on the Top 40 charts and an instant radio favorite. His successful follow-up tracks – the in-your-face “In My Head” and his latest anti-relationship anthem “Ridin’ Solo” – have solidified the R&B act’s popularity, showing just how talented and viable the young singer really is.

Divulging a little about the recording process of his debut self-titled album, Derulo says, “For my first album, I made sure every song was a potential single. People thought that was a crazy thing to want to do, but I knew it was something I was going to work for. I recorded probably around 300 songs.”

Derulo’s dedication to his music isn’t just a sign of an impeccable work ethic but the 21-year-old’s love for creative expression.

He adds, “I really enjoy the creative process in the recording studio. I would be in the studio 18-19 hours a day and sometimes would only leave to go to sleep. I loved every second of it because it was pretty much all I wanted to do.”

After receiving prestigious touring gigs as the opening act for major pop music acts like Lady Gaga during her sold-out Monster Ball as well as the Black Eyed Peas on the group’s E.N.D. concert dates, Derulo is now embarking on one of the biggest moments of a solo artist’s career: headlining his very own nationwide tour. With dates scattered across the country, the singer does this in just a year after breaking out onto the scene – quite an accomplishment in today’s music industry.

With a good mix of up-tempo tracks and club bangers in his arsenal, Derulo is breathing new energy in music. Raising comparisons to contemporary music acts like Usher and Justin Timberlake, whom Derulo says he’s both a big fan of, the star’s musical inspirations range mostly from the classics: Elvis, Prince, Madonna and, of course, Michael Jackson.

“My first album came out exactly how I wanted it to. I feel like it was a direct representation of me at the time and my experiences. I wanted to make sure each song had its own feel and it could appeal to a lot of different music listeners. Some songs have more of an urban feel, others a heavier rock feel and there’s also some euro-dance pop on there as well. With the end product, I wanted to make sure there the record had something for everyone,” says the singer.

Derulo’s singles have appropriately captured the stories of his generation – “Ridin’ Solo,” a modern-day declaration of independence, “Whatcha Say,” the remorseful apology of an unfaithful lover and “In My Head,” the promiscuous account of a thrill-seeking club-goer on a mission.

This past summer, double-nominee Derulo also made an appearance at the 2010 MTV Video Music Awards as a performer, an experience he calls a dream come true. Along with a handful of platinum singles and tons of critical success he says, “Honestly, it just felt good to be a part of it. It was an honor.”

Set to play a show in Los Angeles at the iconic House of Blues this week, Derulo promises fans both good music and a good time.

“There are two things that I am most excited about. First, I’ve been working really hard in the studio and I have a new album on the horizon, hopefully a release sometime early next year. It’s going to be a totally different feel from my first record, but I think people will love it. The second is obviously the tour. I’ve been having fun so far, and I can’t wait to do my L.A. show.”

As a young performer himself, Derulo shows no signs of slowing down. He tells Campus Circle readers, “Any advice that I could give to others like me who want to pursue their dreams is for people to choose their own destiny. You’re in control. Whatever you decide to do, you have to put your heart and soul into it.”