Could You Survive an Emergency? 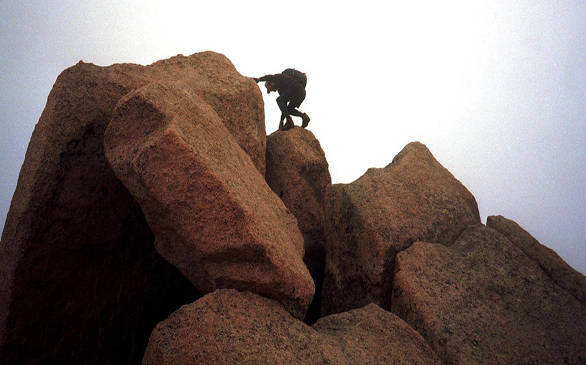 In late September 2010, a real estate broker named Ed Rosenthal went missing during a hike in Joshua Tree. For six days, volunteers searched and searched for the man, despite blistering heat in record numbers. Rosenthal was finally discovered and reportedly stayed alive by writing messages of love and remembrance to his wife and daughter. He spent a number of days recuperating in intensive care but was given a safe prognosis by doctors.

Staying alive while awaiting rescue takes a high level of mental fortitude. Carrying a phone as well as a GPS device designed specifically for hikers (like the GPS X-Guider Back Tracker) enables searchers to hone in on your location sooner rather than later. These devices usually come equipped with a compass to keep users on course. Always carry a water bottle on each walk and wear layers of clothing that can be tied around the waist during the heat of day and worn at night to protect against the cold. A hat and a trial size bottle of sunblock can also guard against the elements. But most important, always tell a friend or a loved one where you hike so the proper authorities can be alerted if and when you don’t make it home.

Los Angeles is a desert community. The city is prone to random appearances of wildlife that just don’t occur in cities like New York and Chicago. With so many inhabitants of metropolitan Los Angeles enjoying the comforts of nature whenever possible, hiking is a favorite pastime among men and women. But when trekking through the canyons or national parks, wild animal encounters are something that a lot of people will face at some point or another.

In the event that a wild animal approaches you while on a trail, the first rule is: Don’t run. Animals inherently view running as a sign of fleeing prey and, therefore, will attack. Instead, it’s important to stand tall and back away slowly. Don’t scream, but instead make a loud, guttural or throaty sound to not only alert others around you to danger, but also to thwart an attack by the animal. If by some chance the animal does attack, fight back. Many people believe that playing dead will make the animal retreat. However, many animals tend to feast on their prey once they assume they have made a kill. Furthermore, you won’t want to run the risk that other wildlife will decide to fight for a taste of what they assume is a carcass. Hikers generally take to the trails in the early morning hours or late at night to avoid the heat or to get in a bit of nature before the day starts or ends. Still, those are the same hours that animals search for food. If hiking at this time, carry a cellular phone, pepper spray and stay alert to surroundings to stave off four-legged hunters.

A surprising malady that has plagued a number of people throughout the years is appendicitis. The most common fear is that the appendix will burst, resulting in sepsis (toxic inner-body infection). One of the more common symptoms of appendicitis is abdominal pain. Forget what you’ve heard about the left side or the right side; this pain tends to start as a dull ache that shoots through the entire stomach region. This is also accompanied by nausea and in some cases, vomiting. In the event that these symptoms arise, call 911 immediately or go to the nearest emergency room. Worse case scenario is that the nausea is the result of indigestion. There is no need to feel embarrassed if this is the case; doctors will understand a patient’s confusion and will not be annoyed by the mistake. Do not eat or drink anything or take medication prior to a doctor’s visit, as you may hinder the type of treatment administered (which could range from a barium enema to an ultrasound).

Emergencies of all kinds will plague an individual at any given moment. No one is immune, nor do any of us get advanced warning that the day will take a turn for the worst. The important thing is to stay mindful and alert and use common sense as opposed to panic to make it through successfully.