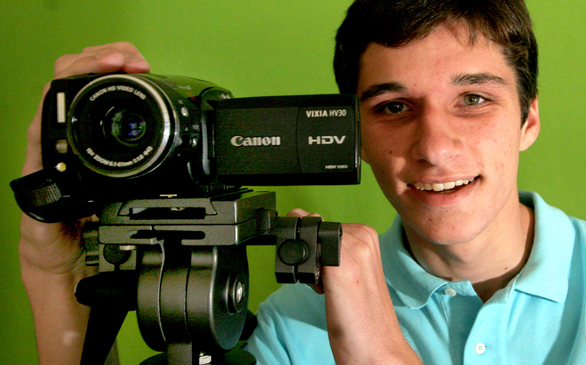 Don’t just sit around watching movies, get up and make your own!
(Credit: Jim Stevens/Contra Costa Times/MCT )

Back in the golden years of Hollywood filmmaking, there was a distinct and visible line that separated everyone. Jobs on set were not interchangeable. Writers stuck to writing, actors to acting and Lord knows the gaffers didn’t have a need to change their profession any time soon. This drastically shifted with the independent film movement, particularly the foundation of the Sundance Institute in 1981. Actor and director Robert Redford was its founding member who wanted to create a safe haven in the Utah town for aspiring directors to create.

The small workshop then included a film festival that has since become the ever-popular Sundance Film Festival. It may be a stretch, but with the growth of technology from the 1980s until now, the role of filmmaker, star, cameraman, etc., has been blurred. Anyone can make a movie for a couple thousand dollars, self-promote and make millions. That’s how Paranormal Activity gained popularity: word of mouth and perseverance.

The recently released Catfish is a documentary by a couple of starving artists who happened to be filming their friend at the right time. What is produced is a chilling and exciting film. It doesn’t have the clearest footage or prime angles, but its actuality is what captivates our interest.

Likewise, the phenomenon of YouTube is where real dreams are made, and now is your chance to be discovered. In honor of the people who have made filmmaking an accessible career to the general public, don’t just sit around watching movies. Get up and make your own! The Time Warner Cable Short Film Contest in association with IFC is accepting video submissions until Oct. 31 via Time Warner Cable’s new YouTube Channel.

If pride and eternal glory are not enough to spur your interest, four documentarians win a four-night trip to the Sundance Film Festival, where you can mingle, pitch and soak up the community of average citizens turned filmmakers.