Fox in the Henhouse: Self-titled 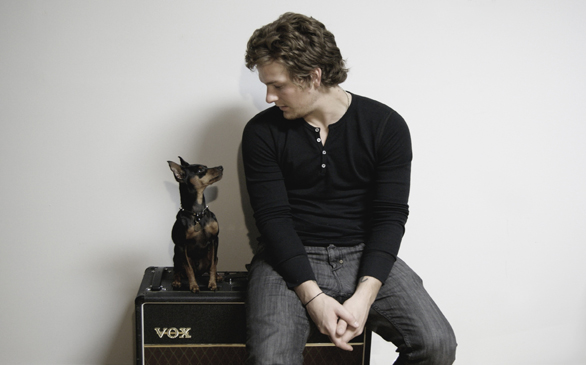 On this debut mini-album, Baltimore’s Fox in the Henhouse demonstrates a level of song-structure and performance prowess that so many bands aspire to but rarely pull off with such grace and what’s more, they deliver it with exuberance and a tongue firmly planted in cheek. That this project springs from an unlikely source is another factoid of interest. Frontman Ryan Escolopio of the pop punk four-piece band Wakefield shocks by shifting career gears completely with a release that’s equal parts indie rock and show tune flamboyance with occasional vintage synth sounds thrown in for good measure.

And it’s on this project that Escolopio really comes into his own, allowing the more soulful, quirky aspects of his actually quite remarkable voice to shine. There’s the occasional reference to Beach Boys-esque harmonies scattered here and there as well, such as on “Soldiers and Villians” (even the name screams Brian Wilson). Sometimes he seems to be channeling post-grunge Silverchair frontman Daniel Johns. But despite these references, Escolopio manages to give a unique and enthralling performance.

“Up (Change)” opens the release on an upbeat note that will have you itching to hit the dance floor. “Zombie” arrives just in time for Halloween, with a tale of zombie love that, in the wrong hands, would come off as cheesy but here comes off as acceptably silly, no doubt due to its seriously skilled transmission.

“Fears” and “Dangerous” introduce vibrant textures and interesting changes that almost border on prog rock. Perhaps we need a new genre? Indie prog? Both transcend limits and boundaries in a fun mix of over-the-top dramatics and understated symphonic arrangements.

The previously mentioned “Soldiers and Villians” is timely but feels like two songs abruptly spliced together. This fact doesn’t make it any less lovely, however. The final track “Vulpes Vulpes” is probably the most straightforward rock song and after a disc crammed full of explosive variety, it seems strangely blasé by comparison.

These days, with the abundance of cheap technology and ease of distribution, it’s rare to find an act that keeps their releases short and sweet. And sometimes it can be just plain tedious as bands throw every song they ever composed onto a disc just because they can. But Fox in the Henhouse have gone against the tide, offering up six remarkable tracks that will warrant repeated spins and has left this critic waiting for the next release with bated breath.

Fox in the Henhouse is currently available.