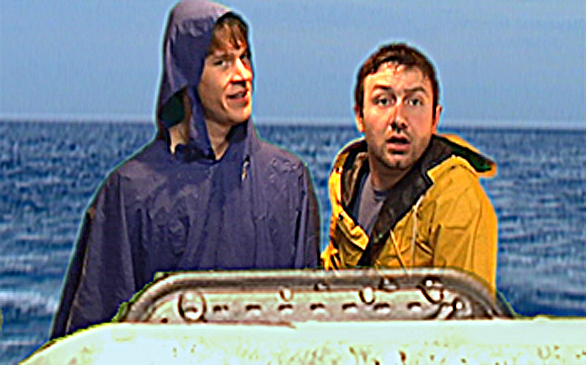 There is an irony that underplays the film culture. In fact, it could be applied to nearly every aspect of life, which is incredibly broad and far-reaching and vague. But that is the absurdist’s goal: to blur lines so that nothing in life is simply black and white.

What is absurdism? Other than being one of the coolest theories ever, absurdism points out the conflict between our need to find a meaning in life and our simultaneous inability to find any. Absurdists do not believe things are logically impossible, just humanly impossible. Life’s absurdities arise from the conflicts between these contradictory beliefs, entities or thoughts. It’s an exhausting cycle that is also profoundly intellectual and that has claimed eternally captive many of our brightest thinkers.

What has typically brought about understanding in audiences in the past are the works of satire or dark comedy, a form that is both joking and completely serious. Stanley Kubrick’s 1971 film A Clockwork Orange questioned British society and its hypocritical views of morality.

That piece by the master of creating multilayered films may not have fit with this festival, but the sentiment is similar with both. The First Annual International ShitMovie Film Festival is coming to our city where there are inevitably closeted absurdists. Coming from a self-proclaimed absurdist, how else are we supposed to survive in this ironically shallow and complex city?

The showcase features over 15 absurd comedy shorts from both unknown and established filmmakers. The red carpet rolls out at the Cinefamily at the Silent Movie Theatre on Oct. 24 to honor the participants who have been nominated in nine categories, including some common award categories like Best Director and Best Actor as well as some new ones like Most Original Movie, the Turtlehead Award and the ShitMovie Appreciation Award.

Created by filmmakers and brothers Lon and Tom Strickland, the ISMFF first came to fruition in 2003 when the Strickland brothers began their Web site to host original online comedy sketches that traveled the gamut with content ranging from film spoofs to absurd shorts that attempted to far surpass their monetary constraints. ShitMovies.net gained true popularity when it was featured on an episode of Comedy Central’s “Tosh.0.”

The festival was a natural progression that is greatly appreciated by the community of people who watch independent films because we like the content and characters and style of these films more than Hollywood blockbusters and not because we like being plaid-wearing “indie” people. Lon Strickland says that the festival is a “spoof of the moviegoing experience” and “about bringing a fun dose of humility to Hollywood.” It’s about time.

In order to get the most out of the show, he recommends you arrive at 2 p.m. to appreciate the presentation of the program: Fake ads, movie facts and trivia as well as trailers proceed the feature presentation.

The Cinefamily at the Silent Movie Theatre is located at 611 N. Fairfax Ave., Los Angeles. For more information, visit shitmovies.net.