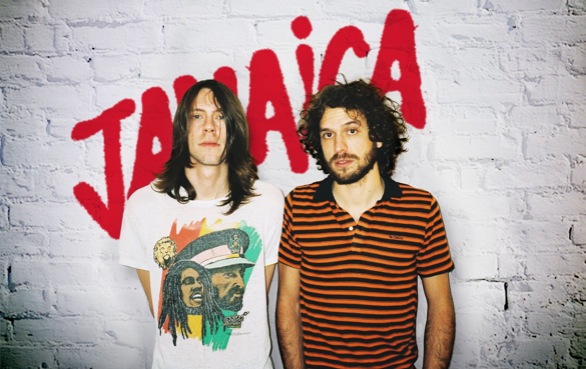 (Credit: So-Me)
When asked to think of a rock band, the first bands that probably come to mind are American, but we should all acknowledge that rock has gotten a much-needed face life thanks to France. French indie rock group Jamaica recently threw Echo Park for a loop, headlining an intimate show at the Echoplex and showing their American counterparts that all isn’t lost.

For those who aren’t familiar with the recent wave of French rockers, Jamaica should be the reigning kings of this suave brigade. Formerly called Poney Poney, Jamaica consists of Antoine Hilaire on guitar, Florent Lyonnet on bass and David Aknin keeping a steady beat on drums. Those who are fans of the “french touch” electronica movement will be delighted to know that Xavier De Rosnay of Justice was the producer of Jamaica’s debut album, No Problem.

With the success of the single “I Think I Like U 2,” Jamaica’s album is sure to dole out multiple hits like “Gentleman,” “Jericho” and their smash as Poney Poney, “Cross The Fader.” Their show at the Echoplex was a fitting debut for such an awesome band to showcase and win over the public with their infectious French rock style.

Jamaica, without a doubt, is definitely a band not to miss the next time they jump the pond. Do yourself a favor and allow yourself to be enraptured by the melodic rock of Jamaica, and thank your lucky stars France can become famous again for something other than French fries, French bread and the French Revolution.