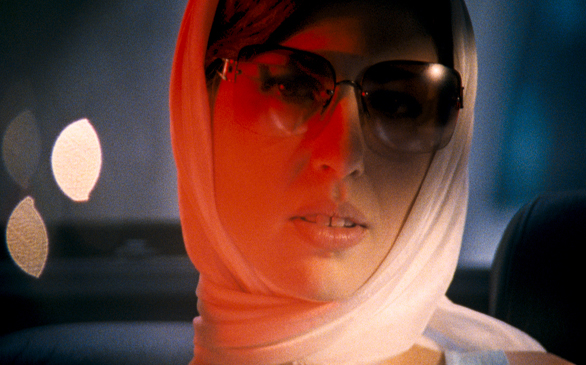 Maria Bos as Ana in a scene from Amer
(Credit: Courtesy of Olive Films)

Amer is a beautiful, meticulous and quite intriguing film. It is directed by Hélène Cattet and Bruno Forzani, and it is the duo’s first feature film, though they have been making short films together for the past decade.

Amer concerns itself with Ana (Marie Bos), or more precisely, it is about the sexual progression of Ana’s life. We experience Ana’s story as a kind of triptych. We first meet her as a very young girl, then as a teenager and finally as a grown woman. All three of these personifications of Ana are rife with dread, the promise of possible violence and raw sexuality.

Since its premiere in 2010 at the South by Southwest Film Festival, Amer has been labeled rather erroneously as a horror film, and even though the film’s editing and cinematography speak the language of the Italian giallo films of the ’60s and ’70s, this first-time feature is anything but a retread of the well-worn exploitation genre. Likely, you have never seen a film quite like this. It is almost sans dialogue, relying instead on the actor’s inner monologue, which is brought to life by way of very precise performances and by the director’s sublime editing and intuitive compositional work.

Nearly every frame of Amer is a piece of art. That this is a first-time feature is baffling, but certainly has me in anticipation for whatever comes next in the directing duo’s career. Amer exudes more style than any De Palma outing. Its use of color trumps even that most seminal of Dario Argento’s films, Suspiria. Cattet and Forzani may, indeed, be the true heirs to Italian director Mario Bava.

All praise aside, there will be those who do not enjoy the film, and though everyone will have his or her own reasons, a large part may be attributed to the film’s narrative, which is almost the antithesis to what most people expect from something so closely identified with the exploitation genre. This isn’t some “by rote” thriller; this is an examination of desire and sexual awakening realized as a paranoid fantasy. Even the highly stylized violence that is associated with the giallo is hidden away until the film’s final moments, though when the bloodletting happens it is, of course, the very picture of aestheticized violence.