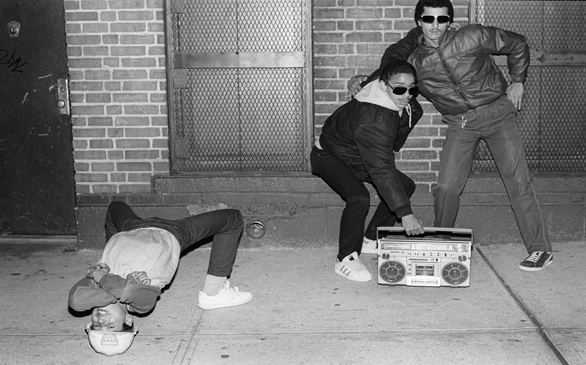 And You Thought Your Life Was Hard

The story of a homeless teen working doggedly enough to get into Harvard is one of those true-to-life tales Hollywood loves telling (Homeless to Harvard). Liz Murray, the real-life protagonist, tells it her own way in the honest-to-god inspirational Breaking Night.

I’ve always wondered how people get over great tragedies without going under. Darin Strauss has firsthand experience, having accidentally killed someone as a teenager. A phenomenal fiction writer (Chang and Eng), Strauss tenderly probes this legacy with insight and poignance in his new memoir, Half a Life.

A story too bleak to be true yet not so far from certain stark realities of the darkest side of human history, Kazuo Ishiguro’s Never Let Me Go melds lyrical writing with blunt storytelling. Set in a boarding school where certain unlucky children are essentially farmed for their organs, this tale will haunt your dreams.

Dave Eggers, master of cool, as evidenced in such fiction blockbusters as A Heartbreaking Work of Staggering Genius, takes a dramatic left turn with Zeitoun. This nonfiction book delving into one family’s experience with the American Nightmare that was and is Katrina will indeed, without irony, break your heart.

An exciting nonfiction story featuring crime is Get Capone. Brimming with new information and documentation on one of America’s most notorious gangsters, Jonathan Eig recounts the steep rise and hard fall of Al Capone with fastidious detail.

Like Reese’s Peanut Butter Cups – two great tastes that taste great together – Priceless combines art and thievery. The author and real-life FBI agent Robert K. Wittman tells thrilling tales of going deep undercover around the world in pursuit of stolen sculptures, paintings and antiquities worth hundreds of millions of dollars.

From one of the world’s premier science-fiction writers and the coiner of “cyberspace” comes Zero History. William Gibson’s latest peek into an amped-up present will have you shaking in your moon boots.

An ex-nun with the unique ability to look at religion from both the inside and the outside, Karen Armstrong has created a career out of her writing on religion. Her latest book, The Case For God, examines humanity’s basic need for comfort and order in our quotidian life without being in the least bit preachy.

If you’re one of those people who dreams of chucking the bright lights of Los Angeles for a more pastoral kind of existence, The Dirty Life might be just the book for you. Kristin Kimball writes of exchanging her urban path for a farm and true love on 500 acres.

Just when the American Dream starts to feel all hype, along comes Effortless Entrepreneur. Written by Nick Friedman and Omar Soliman, this business manual lays out how two 22-year-olds started up a simple junk hauling business and expanded it into a hugely successful franchise.

If food, exotic Caribbean islands and rich culture whet your appetite, find satiety with Ann Vanderhoof’s The Spice Necklace. This nonfiction work is the kind of travelogue that makes you want to get up and go. On the other hand, if you can’t get away, the author provides delicious recipes so that you can recreate, at the very least, her culinary experience.

In the vein of Andrew Goldsworthy’s Rivers and Tides, Stickwork showcases Patrick Dougherty’s breathtaking use of organic materials in creating sculptures – so organic, in fact, that the forms seem to have been made by Mother Nature herself. The structures, which resemble nests and houses, get placed outdoors and left to erode over time in a beautiful and melancholy way that echoes both death and birth.

Edited by Adam Bradley and Andrew DuBois, with a foreword by Henry Louis Gates, Jr. and afterwords by Chuck D and Common, The Anthology of Rap compiles almost 300 lyrics written over 30-plus years. Divided into four sections (The Old School, The Golden Age, Rap Goes Mainstream, New Millennium Rap), the tome goes beyond rhymes, chronicling the recorded history as well.

Oh Archie, will you ever decide: Betty or Veronica? In Archie Marries… he doesn’t have to. The seven-part story has Archie walking down the aisle with one and then the other. Written by Michael Uslan and illustrated by veteran Archie artist Stan Goldberg, the much-anticipated hardcover shocker includes a reprint of a classic Archie comic, exclusive interviews, never-before-seen sketches and so much more.

Eye any image of b-boys and girls in the late ’70s and ’80s and you’re likely to see a boombox. Lyle Owerko’s The Boombox Project: The Machines, the Music, and the Urban Underground features a foreword by Spike Lee and more written memories from the mouths of Fab 5 Freddy, Rosie Perez, Kool Moe Dee, LL Cool J and Adam Yauch of the Beastie Boys. But it’s the images that really rock!

In Drunk Stoned Brilliant Dead: The Writers and Artists Who Made the National Lampoon Insanely Great, 15-year National Lampoon contributor Rick Meyerowitz gives readers an insider’s tour to the insanely great and humorous magazine that paved the way for The Onion, Animal House, Matt Groening and most funny things about America.

A chef’s chef, Mark Bittman writes about food in a way that makes you want to cook, eat and explore gastronomy simultaneously. The Food Matters Cookbook macerates the author’s myriad interests with a keen interest in conscious eating. Luckily for us, Bittman’s easy-to-follow recipes never skimp on flavor, imagination and enthusiasm.

Perfect for bachelor/bachelorette cooks out there, Peg Bracken’s The I Hate to Cook Book, reissued and updated for the 21st century, will assuage even those most fearful of the kitchen. Funny and easy to follow, the recipes range from classic like “fast spaghetti sauce” to slightly more exotic like “Indonesian Curry.”

Sometimes a title says it all. Released to coincide with the 50th anniversary of Psycho, Hitchcock, Piece by Piece is the first authorized illustrated biography of the Master of Suspense. Feast your eyes on never-before-published images, a foreword by Hitchcock’s daughter and text by award-winning filmmaker and best-selling author Laurent Bouzereau.

Not just for old folks anymore, Kristina McGowan’s Modern Top-Down Knitting offers city-chic designs using the classic top-down method. Learn from step-by-step photo tutorials and score insider tips from the author on how to finish your garments with couture-quality trims and linings.

Reefer Movie Madness: The Ultimate Stoner Film Guide, by Shirley Halperin and Steve Bloom, lists an exhaustive 420 films worth smoking to. From obvious choices like the Cheech & Chong series to the more esoteric The Dreamers, you’ll never have to get high in a vacuum again.

Just when you think preppy is dead, along comes a new generation to embrace all things Buffy. Lisa Birnbach’s True Prep bravely leads the nostalgic charge, illuminating how to adapt the aesthetic for the 21st century (It doesn’t hurt that the book designer’s name is Chip Kidd.).

Hilarious! Understand Rap: Explanations of Confusing Rap Lyrics You and Your Grandma Can Understand (There’s a Web site, too.) by William Buckholz breaks down the slang and lingo from popular rap jams for the average Joe. If you’ve ever wondered exactly what Jay-Z or a member or Wu-Tang was saying, this is your guide.

Like J.D. Salinger’s fans, Mark Twain’s have waited with bated breath for the release of long withheld papers. Marking the 100th anniversary of the author’s death, the never-before-seen in its entirety Autobiography of Mark Twain, Vol. 1 will finally be published Nov. 15. Remarkably, this foremost Man of Letters made the choice to delay publication for so long so that he could speak freely without fear of offending anyone. Let’s hope for scandals galore!

Philippa Gregory triumphed with The Other Boleyn Girl by taking the historical novel and turning it into something paradoxically sexy, feminist and respectable. The author does it again in The Red Queen, the story of England’s Margaret Beaufort who founded the Tudor dynasty by sheer force of will and personality.

It sucks that sometimes the label classic becomes inseparable with boring. Topics like true love and suicide, not dull in the least bit, remain relevant and visceral in Shakespeare’s peerless Romeo and Juliet. Don’t read it because you should; read it because it will take your breath away.

After sweeping me off me feet with the terrifically entertaining and absorbing Three Junes, Julia Glass is at it again with The Widower’s Tale. Charming and insightful, Glass’s prose pulled me in like a warm, enveloping embrace.

Seen through the prism of Alzheimer’s and old age, memory and love get a new twist in You Lost Me There. Rosecrans Baldwin’s debut novel will draw you in like a Proustian Madeleine with its specificity of detail and potent longing.

Sci-fi and comic, Bliss Inc. will have you trembling in your boots. Like other dystopian stories, the novel The Handmaid’s Tale or even the film, Idiocracy, Ron Burch’s take on the near future, hews closely to reality but with a few crucial twists of fate that render society truly sinister.

Back in the 1950s before the adoption of the Comics Code, horror comics were thought to be warping the minds of America’s youth with depictions of all kinds of murder and mayhem. The Horror! The Horror! Comic Books the Government Didn't Want You to Read! (available Nov. 1) collects a treasure trove of these ghoulish tales, with contributions from such legends as Steve Ditko and Alex Toth.

When Stephen King goes out of his way to praise a suspense title, I invariably take his advice. And so it is with Meg Gardiner’s The Liar’s Lullaby, a crackin’ good thriller about a forensic psychologist’s attempt to solve the mystery of a dead country singer with a big mouth.