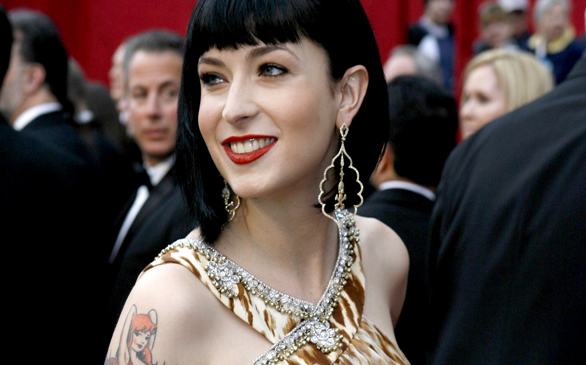 Be the next Diablo Cody!
(Credit: Daniel A. Anderson/Orange County Register/MCT)

Remember when a woman by the pen name of Diablo Cody haphazardly stepped up the golden stairway in an unorthodox leopard print dress and numerous tattoos and gave a surprisingly gentle and heartwarming acceptance speech for the Academy Award she had won moments before? I watch the Oscar ceremonies every year, and though some are more memorable than others, this moment is what first comes to mind when I look back on the ceremony in 2008.

Plucked from a stripper pole (I’m sorry, exotic dancer) and from virtual obscurity, Cody wrote a little film called Juno in 2007 that brought back the edgy, sarcastic female protagonist who got lost somewhere after the release of Heathers in 1989. Juno was sassy and spoke unrealistically, but her humor and human interest won the general public, even if stodgy film critics poo-pooed the film.

The news and general media clung to Cody vociferously for her rags-to-riches story, and she was granted the credibility to create her own television series (“United States of Tara”) and sophomore work (Jennifer’s Body). If it could happen to Cody, a part-time dancer and unsuccessful blogger, it could theoretically happen to anyone, right?

That’s what Scriptapalooza is here for. The 13th Annual Screenplay Competition is designed with you, the struggling writer, in mind and provides an unprecedented opportunity for aspiring screenwriters to compete in the competitive world of filmmaking. From now until April 15, 2011, you can submit your original script online. Your work will then be reviewed by more than 90 leading filmmakers, production companies and literary agencies. The first place winner receives a $10,000 grand prize and promotion of the work for one year after the winner is announced.

Chance and circumstance are the most important parts of being a writer in Hollywood, and right now, opportunity is knocking.