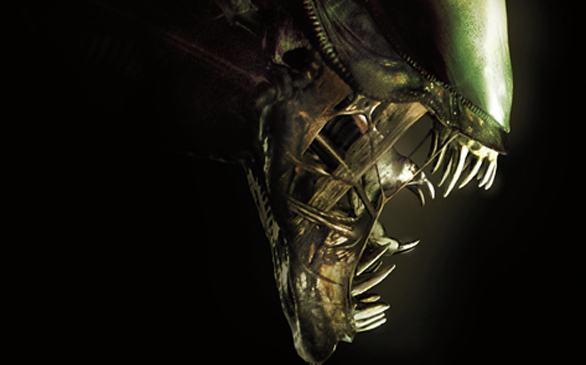 Blu Notes: Alien Anthology brings all four Alien films to hi-def. The set includes the theatrical as well as the extended cut versions of each film, plus 50 hours of bonus material.

There can be only one! Highlander, the epic tale of a race of immortals who do battle comes to Blu-ray along with its sequel, Highlander 2. Christopher Lambert and Sean Connery star as the sword-wielding duo whose partnership spans centuries from Scotland to modern-day New York.

Action! Josh Brolin and Megan Fox star in the adaptation of DC comic Jonah Hex. Brolin is a scarred bounty hunter who strikes a deal with the U.S. military in exchange for his freedom.

Altitude is a supernatural thriller about five teenage friends on a small plane that suddenly begins climbing higher and higher right into a storm. Something sinister wants them dead, and it’s up to the rookie pilot (Jessica Lowndes of “90210”) to save them.

The Idiotbox: Al Pacino stars in You Don’t Know Jack, the story of the infamous Jack Kevorkian, the doctor who became the poster child for assisted suicide. Barry Levinson directs a stellar cast including Susan Sarandon and John Goodman. Also included is an interview with Kevorkian.

Beverly Hills 90210: The 10th Season is the final season of the generation-defining series. Say goodbye again to Kelly, Dylan and the gang.

Jenna Elfman returns to TV in Accidentally on Purpose: The DVD Edition. Elfman plays a woman who becomes pregnant with a much younger man’s baby and decides to keep both. Unfortunately, the man is little more than a big kid himself.

Funny Business: Not the caroling kind? Spend the holiday season commiserating with fellow curmudgeon and master of the comedic rant, Lewis Black, in Surviving the Holidays with Lewis Black. Bob Saget, Craig Ferguson and others chime in.

Made in Japan: Vash is an outlaw on the run from bounty hunters on a desert planet in the sci-fi western anime Trigun: The Complete Series.

Stranger Than Fiction: Sometimes called the Third House of our government, lobbying plays a crucial and, many say, devastating part in the democratic process. The Best Government Money Can Buy takes you inside the workings of these Washington power brokers.

Unlock the mysteries of the universe with Earth and Space, an amazing hi-def journey through space and time. The set collects the first seasons of the History Channel’s “The Universe” and “How the Earth Was Made.”

World War II 360 contains two History series, “Battle 360” and “Patton 360,” which use CGI to recreate pivotal WWII battles, featuring interviews with men who fought under General Patton along with commentary from military historians.