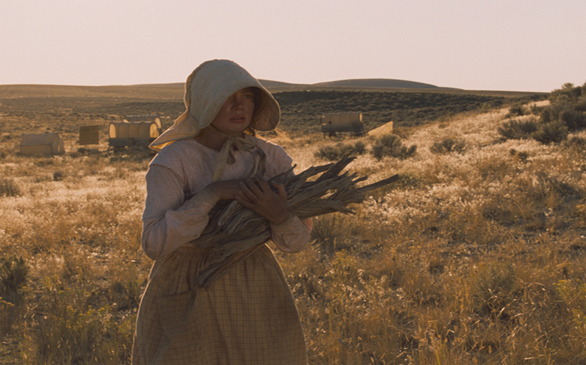 Ryan Kwanten is best known for his shirtless antics as Jason Stackhouse, one of Bon Temps’ stupidest and most oversexed residents on the show “True Blood.” But in his new film, Red Hill, Kwanten shuns the easy eye candy parts undoubtedly flooding him in favor of a role that proves the young Aussie might be one of the most promising young actors on the rise.

Red Hill is a nouveau spaghetti western set in the Australian high country (which perhaps makes it a boomerang western) that follows the first, and worst, day of a police officer’s new job.

Sitting down to speak to Kwanten, who plays Shane Cooper, the young cop, all memories of Stackhouse are washed away. Incredibly serious about his craft, thoughtful and articulate, the HBO star appears to be suffering from the Heath Ledger-Brad Pitt Syndrome; men better recognized for their beauty and body than formidable talents.

And that isn’t a euphemism.

Filmed over his hiatus from the hit cable show, Kwanten admits he had bigger, more lucrative offers but instead decided to make the film, which was written, produced, edited and directed in true Robert Rodriguez fashion by first-time feature maker Patrick Hughes.

“I love shooting the show, and I love playing [Jason],” Kwanten shrugs, at first seeming a bit annoyed at the mention of the juggernaut that made him a household name, “but nothing could be more uninspiring to me than to go off after six months of shooting that show and do a film that was exactly like ‘True Blood,’ play a character exactly like Jason.”

He says it was the story, the genre and Hughes’ enthusiasm that sold him.

“It was originally pitched as a western, and I’m a huge western fan,” Kwanten smiles, noting The Searchers, High Plains Drifter and Butch Cassidy and the Sundance Kid as his top three of the field. “As much as it was a throwback to the classic Leone, Eastwood-style westerns, it has very much a modern-day spin on it. What was even more intriguing to me; here was a character called Shane Cooper, obviously an ode to [the 1953 film] Shane and Gary Cooper, but who didn’t really have any of those qualities. He’s a very fallible character. I mean the very first frame we see him in, he’s forgotten his gun, and that’s sort of rule No. 1 of every western and of every police officer, to always have your gun.”

Hughes, who calls to mind an Australian Nick Cassavetes – tall, bronzed and blustery, a human hurricane of energy – had been working in commercials and short films, desperately trying to get a feature made for a decade. In order to get Red Hill produced, he mortgaged his house and left his pregnant wife for a month to shoot a staggering five pages a day in a town of 120 people that only had one landline, no Internet access and where temperatures often dipped into the negative numbers.

“I take great pride in my work at the best of times, but when you know people are standing behind their words in that kind of way, you can’t help but be swept up in that kind of passion,” Kwanten says reverently. “It’s a rarity in this day and age to find that kind of commitment. I know how long and hard he’s been fighting to make his first film. To take it to that extreme is phenomenal. I will feel, in 10 years time, very proud to look back and say I was part of the first Patrick Hughes film, in the same way [actors] look at the Coen brothers and say, ‘I was there at the beginning.’”

Not only did they share a soaring zeal for the film, they are also, as Kwanten says, “masochists at heart. The harder it got, the more pleasure I took in it. I was always the crazy guy walking around at four in the morning, when it was minus 10 [degrees], still smiling. Patrick is very much the same; he’d be the last man standing. It was great.”

Considering he’s an aficionado and has now lived the childhood fantasy of stepping into Eastwood or Ford’s boots, I had to ask, what makes a great western hero?

“Good eyes,” Kwanten decides after some thought. “When they raise that hat, if you can look into their eyes and think, ‘That’s a man I’d go into battle with, put my life in the hands of,’ that’s it.”