The Unwritten, Vol. 2: Inside Man 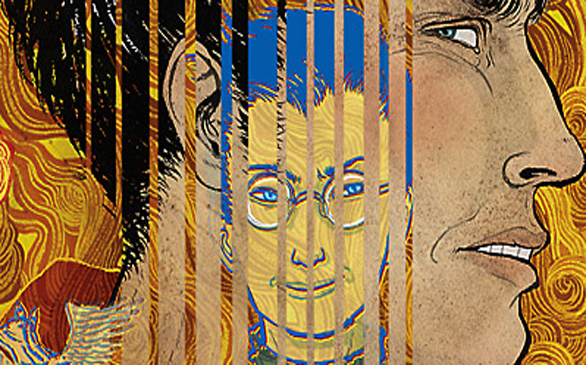 The first volume of Mike Carey’s The Unwritten was one of the most exciting new comics to come along in quite a while, with an intriguing premise and lofty themes captured in a playful style with great artwork by Peter Gross. So it is a bit of a letdown when volume two opens with a sluggish first half in which Tom Taylor is wrongly imprisoned in France for the massacre that occurs at the end of volume one. Tom, however, is pretty indifferent to his situation. We also meet the prison warden and his Tommy-obsessed children and a blogger who is covering Tom’s imprisonment from within.

Although it takes a long time to pay off, the build up eventually does, with a reveal that makes you instantly forgive the wait. The second half is back up to Carey’s standards as Tom’s identity continues to unravel in the face of an encroaching fictional world of magic. The volume ends with a blackly hilarious riff on a Wind in the Willows-type anthropomorphic world.

The Unwritten remains a tantalizing mystery about the power of storytelling.

The Unwritten, Vol. 2: Inside Man is currently available.