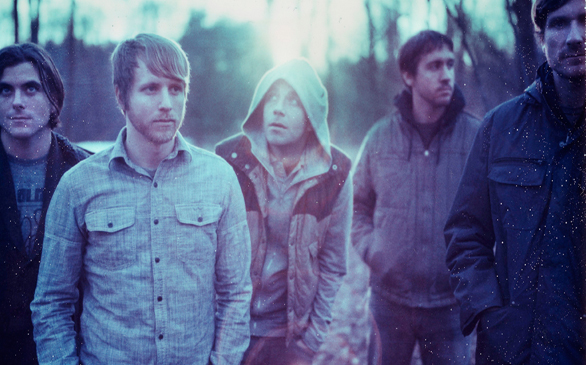 “Music tends to stay at the same age,” says Circa Survive bassist Nick Beard. “There are certain kinds of music that people continue to follow forever. The classic rock bands. But for the most part, people are going to grow out of things and younger people are going to discover it. And you just keep getting older.”

Now to be fair, Beard is still by all accounts a young guy, but even he’s victim to showing occasional signs of his age in relation to the other constituent parts of his band’s chosen genre. Considering he’s a seasoned musician whose band is no stranger to the Warped scene, he can’t really be blamed if he feels a bit of an age gap between himself and his audience sometimes.

“In a way I think we’re in there too, because there are younger fans that keep discovering us, but we do have a loyal fan base that has followed us this whole time,” he says.

“We played a couple 21-plus shows, which we never do, and packed those places,” he says of the band’s early fall small club tour. “I was actually surprised, like, I didn’t know we had that many 21-plus people that like us,” he adds with a laugh.

With the release of this year’s Blue Sky Noise, however, Beard, drummer Steve Clifford, guitarists Brendan Ekstrom and Colin Frangicetto and singer Anthony Green might just have proven that age really ain’t nothing but a number.

“I think we’re getting older now when we’re like, ‘People are getting hurt!’ but then we’re like, ‘Where’s my punk gone?’” Beard says in reference to the band’s late summer tour of offbeat, smaller capacity venues and the accompanying chaos such intimate shows bred. “We all grew up with a hardcore and punk background, where it wasn’t a good show unless people were getting hurt.”

That desire to recapture the intensity and spontaneity of their musical roots seems to have carried into the songwriting Beard and his band mates did for Blue Sky Noise, their third full-length album together.

“We’re trying to grow too,” he says. “In the back of my mind, I just wanted it to be different. When we did On Letting Go, even though I think it’s different, I heard from several people stuff like, ‘It’s the same record as the first record.’ This time, I wanted to not hear that.”

It seems they’ve done something right this time, as Beard says with a laugh, “I haven’t yet, so I’m stoked about that.” Though, not enduring complaints of sameness often leave bands open to equally as vehement criticisms from the opposite end of the spectrum.

“Then you get the flip side, the people who say, ‘It doesn’t sound like you guys anymore!’ What do we do?” he says. “You really can’t win, that’s the mindfuck of it all. You’ve got to get yourself to a place where you make yourself happy, otherwise you’re going to drive yourself crazy hearing people say anything about it. We’re always going to sound like what we sound like because it’s who we are, but we never want to deliberately try to do anything.”

The approach seems to have worked for them though, with their fiercely dedicated fan base continuing to grow. The crowning moment of realizing his band’s impact on the music scene might have come when Beard discovered that a YouTube search would yield well-performed amateur renditions of their songs.

“It used to just be kids singing along with our songs,” he jokes, after a feigning relief over not yet finding any good bass covers.

Nevertheless, though more and more starting bands cite Circa as an influence, Beard remains modest on the topic. With a smile he says, “I can’t allow myself to believe that happens. It’s very flattering if it does.”

Having gone from the band that was working so hard to prove themselves and their legitimacy, to the band that silenced the critics and forged a path to become a contemporary influence for a new generation, maybe they really have grown up.

And then Beard jokes about the fact that he and his band mates make enough money that they no longer have to live together. Baby steps, as it were.

One certainty to their credit, however, the members of Circa Survive are proof that no matter how old a band and its members get, creating and listening to music can still always feel new.

Circa Survive perform Nov. 4 at House of Blues Anaheim and Nov. 6 at the Avalon. For more information, visit circasurvive.com.