Meet You by the Tubeway: An Interview With Gary Numan 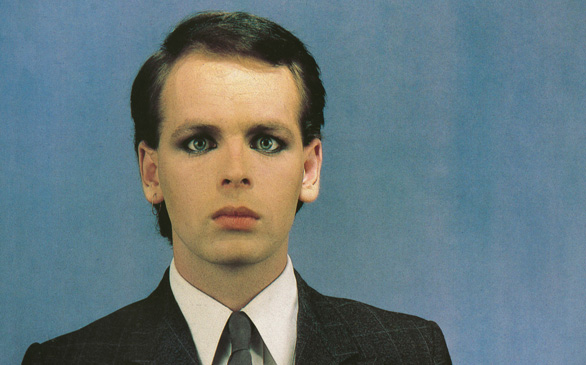 Here I was, on the phone, waiting to be put through to Gary Numan, one of the pioneers of electronica. Such excitement! I have my own first memory of hearing his music (“Praying to the Aliens” on “Saturday Night Live”). Don’t we all? It is the 30th anniversary of his masterpiece, The Pleasure Principle, an album that has influenced many, from Beck to the Foo Fighters to Afrika Bambaataa.

My phone interview with Numan on this bright September morning was, in a word, delightful. I have to admit, I wasn’t sure it would be like that. His poker-faced image always looked impenetrable and, I thought, would prove to make him a laconic subject. Numan was, however, a warm and most cordial interviewee if ever there was one.

Probably best known for the song “Cars” (“Here in my car...”), Numan came out of the ’70s punk and experimental explosion that also produced Kraftwerk (whom he calls an influence), Devo, Suicide and the Stranglers.

“One important influence on me was early Ultravox,” he says, “when John Foxx was the singer. They had three albums by the time I put out my first album [with Tubeway Army].”

He maintained his stoic persona even through his more recent Hybrid (2003) and Jagged (2006). But I have always heard a plaintive and emotional quality in his music, particularly on The Pleasure Principle. I asked him about that.

“Thank you,” he says, warmly. “At the time [of The Pleasure Principle], I was a young man, 21 years old, and not very mature. I also had Asperger syndrome, which made it hard for me to get along with people socially. At the same time, I really wanted to make my mark.”

He made his mark with “Cars,” which for some bizarre reason strikes several people I talk to as a funny song, lumped in with anything goofy from the ’80s. They overlook a darkness in the thick and melodious analog synths and the lyrics of alienated living (“I can lock all my doors/It’s the only way to live”). I was once gently mocked by an acquaintance at a party for air drumming to “Cars.” But look up Numan’s 2009 appearance with Nine Inch Nails in London: It’s loud, brooding and full of Krautrock relentlessness.

Which makes sense. The Pleasure Principle was part of a throughline from Numan’s earlier Tubeway Army, part of the ’78 U.K. punk scene. Their first album was raw and full of dystopian imagery that even references the visionary sci-fi of Philip K. Dick (“Flow my tears/the new police song”). The next album’s “Are ‘Friends’ Electric?” would be his first major hit.

When it came time to record The Pleasure Principle, how did he write the songs?

“I wrote them all,” he tells me, “on an old upright piano that I played at my parents’ house. All my songs are written on piano first before I bring them to the studio. I had all the songs composed, and the record took 11 days to record. The first Tubeway Army album took three days, then Replicas took five days. But 11 days was a lot of time then. Now it might take that long in a studio just to get the right sound for the snare.”

I ask him what his favorite song off the album is.

“I have to say the song ‘Metal’,” he answers without hesitation. (Yes! The other tune he would later pound out with NIN.) “I actually wish ‘Metal’ had been the second single off the album after ‘Cars.’ For some reason I decided ‘Complex’ should be the second single, but it’s sort of a slow ballad. I was making the decisions myself, which wasn’t such a good idea.”

During the early years and up until very recently, Numan was a pilot. Moreover, he was an instructor of aerobatic pilots. But the death of a good friend in a crash led his wife to keep him safely on the ground. So what does he do for recreation?

“I have three kids!” he laughs. “I have no time for recreation!”