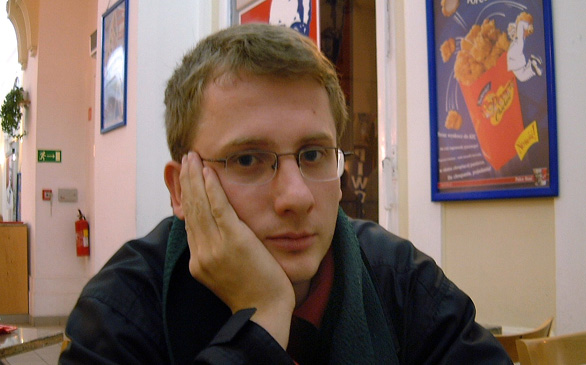 It is estimated that by the year 2020, depression will be the most common health issue in the world.
(Credit: Daniel Rubin/MCT)

Depression is described as a condition of emotional and psychological detachment or prolonged sadness brought on by certain stressors or in some cases, nothing at all. Each year, around 10 percent of the country’s total population of persons age 18 years and older develop symptoms of depression. While the disease is prevalent in both men and women, it occurs more often in the latter.

From decade to decade, there have been a number of notable people who were either diagnosed with or thought to suffer from some type of the depression. Rosemary Kennedy (sister of the late president John F. Kennedy) was lobotomized as a young adult. This procedure removes a portion of the frontal lobe in the brain to make manic-depressives more docile and manageable. Actress Patty Duke (mother of The Lord of the Rings star Sean Astin) had a well-documented battle with manic-depression brought on by sexual abuse she suffered as a child actor. Spokesperson, actress and model Brooke Shields even found controversy when Tom Cruise raised issue with her diagnosis and treatment with the use of psychotropic drugs. Despite celebrity admissions, there is still a lot of mystery surrounding this disease.

There are several types of depression: Manic depression can be defined as an emotional disorder characterized by changing mood shifts from extreme sadness to mania that often has a rapid onset. People suffering from this type of the disease have the highest rate of suicide among sufferers. Major depression is perhaps one of the most common forms of depression affecting men, women and children. It is characterized by detachment, lack of sexual interest and thoughts of hopelessness. Substantial weight loss is also common. Psychotic depression occurs when people begin to see and hear imaginary visions and sounds that do not exist. This may also indicate the onset of schizophrenia.

Dysthymia is a type of depression in which an individual exhibits an overall feeling of melancholy. They simply feel substandard and sad or dissatisfied with their lives. This type of depression is thought to be easily controlled with the use of medication. Postpartum depression is found in women shortly after giving birth or following a pregnancy. Many women report a general indifference toward their newborn or an inability to stop crying. Finally, there’s atypical depression. This is a variation of depression that shows the sufferer sometimes experiencing happiness and moments of sheer joy. It is characterized by feelings of fatigue as well as oversleeping and weight gain. Those who suffer from atypical depression often believe that their happiness is measured by outer stimuli, such as money, success and material things.

There are many other general symptoms associated with depression, which include anxiety, panic attacks, night terrors, crying, suicidal thoughts and even cardiovascular disease in men. Many of the triggers that can exacerbate these symptoms range from family disagreements to work stress and financial worries.

The recent rash of suicides (by gay youth) resulting from bullying can also be linked to depression. The feelings of shame and inferiority felt by some gay, lesbian, bisexual and transgender teens can escalate when highlighted by physical and violent attacks.

According to depressionstatistics.com, it is estimated that by the year 2020, depression will be the most common health problem in the world. That means that in just under 10 years the disease will surpass AIDS, heart disease, cancer and diabetes.

While that may be a staggering thought, there are a number of treatments available to patients. A number of prescription medications (Paxil, Prozac – for example) have, for years, been shown to be effective when taken in carefully administered doses. Many people also rely upon their faith to see them through trying times or bouts of sadness.

But gaining in popularity over the past few decades are support groups. Depression was long seen as a private family matter or an issue not warranting public discussion. Now, men, women and children are able to choose from a number of outlets that focus on treatment. Depression Connection Team (depressionconnection.org), the Depression and Bipolar Support Alliance (dbsalliance.org) and Maledepression.com are excellent resources for discussing day-to-day problems and aiding sufferers in finding common ground.