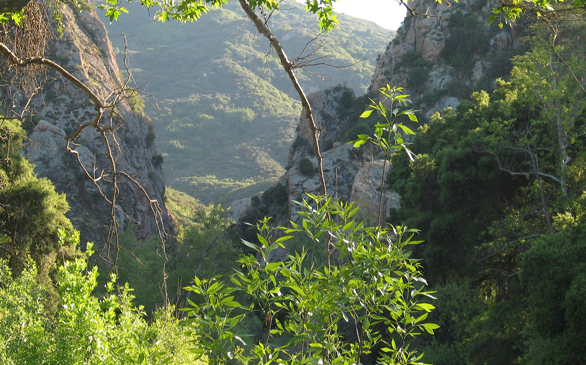 In 1977, the world (particularly Hollywood) felt a shift. No, it wasn’t one of our California earthquakes. A film was released that caused the entire industry and the audience it served to become enlightened to the way of the force. Star Wars, from the genius of George Lucas, is what many film historians consider to be the transition to a post-modern sensibility when it came to film watching and filmmaking. The epic odyssey of Luke Skywalker (played by relatively unknown actor Mark Hamill) through a futuristic world light years away captivated modern audiences who were entranced by the special effects and mythically layered storytelling.

The Star Wars trilogy and the trilogy of prequels it spawned are responsible for several changes made to the type of films that were green lighted for production in the following decades. For one, the action film was revitalized and revolutionized. High-tech visual effects and complicated stunts kept the audience enthralled. Unlike past action films where action sequences revolved around the dramatic plot, action itself was a viable form of entertainment and able to maintain for the entire running time of a film.

As another result, Star Wars introduced the blockbuster to our vocabulary. Prior to the release of this movie, the greatest profit 20th Century Fox had ever made in one year was $37 million. In 1977, because of the film, their year-end profit was $79 million.

Star Wars has become a legend of a film, one that geeks and self-proclaimed Wookies still praise annually at conventions, via video games and on Internet chat sites. Star Wars: Episode VI Return of the Jedi was most notable because it was only the second film in the series that used American locations for live-action filming. Where, you ask, did Lucas drag the crew in our fine country?

Yuma, Ariz., was home to Jabba’s sail barge. To avoid problems with the 35,000 dune buggy enthusiasts in the area and to preserve secrecy, the film went into production under the guise of being a horror film called Blue Harvest with the tagline, “Horror beyond imagination.” Even a chain-link fence and constant security couldn’t prevent fans and photogs from sneaking pictures; hence, the crew even wore caps and T-shirts with the fake film’s tagline to perpetuate the disguise.

Crescent City, Calif., became Endor. Ewok actors found the forest work especially hard and threatened to abandon set, going so far as to leave a note one morning saying they were heading for the airport. They didn’t fly home, but instead showed up to work wearing “Revenge of the Ewok” T-shirts. Endor scenes were also filmed on a sound stage in London. Lucas chose six of the Ewoks to play those parts in both England and America, while the rest were replayed by Americans for the shoot.

California is home to not only Hollywood sets, but to 278 diverse state parks that have worked as the natural setting (and income generator) for hundreds of films, television series and commercials. Because of the state’s budget crisis, many parks have been closed or else felt the effects of severe reductions; Hollywood films have served monetarily beneficial to the state’s endangered parks.

As a tribute to the many parks and places that have been used by filmmakers to create the exotic lands we see on the screen, the California State Park Foundation presents its second annual Film Series on Nov. 6 and 7. Star Wars: Episode VI Return of the Jedi (1983) is screening Saturday at the Paramount Theater (5555 Melrose Ave.) followed by a Q&A with Mark Hamill (aka Luke Skywalker). At 4:30 p.m., catch a screening of MASH (1970) followed by a Q&A with Elliott Gould, star of the Robert Altman film. Then at 8 p.m. two episodes of “M*A*S*H” will be shown, and stars from the show will be in attendance for a Q&A. On Sunday at the Darryl F. Zanuck Theater (10201 W. Pico Blvd.), the series hosts screenings of Sparticus (1960) with an introduction by film archivist Robert O’Neil who restored the film and Planet of the Apes (1968) followed by a Q&A with actor Lou Wagner (Lucius). Hollywood is finally being good to nature, which has treated this industry so well over the past few decades.