So Now You’re a Zombie: A Handbook for the Newly Undead 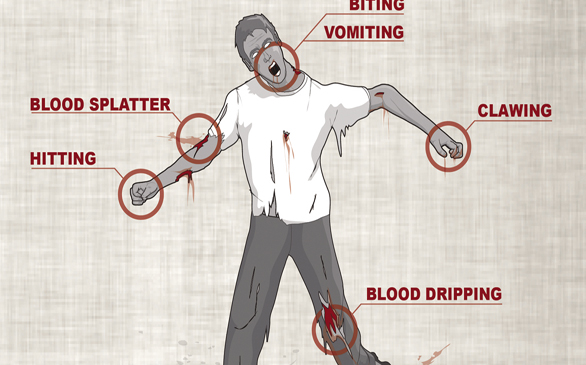 Zombies. You’ve seen them in countless movies roaming around with their arms stretched out, saying gibberish and just annoyingly multiplying and getting in everybody’s business. You either hate them or love them. While some write scripts about the half-rotten creatures, John Austin has written a handbook, So Now You’re a Zombie.

It begins with a single warning in bold print: Don’t eat this book. Flipping right on to the next page, the zombiologist takes you through a series of important chapters. He lays out everything you need to know in order to survive as a newly undead soul on a planet ripe with zombies. It’s a walk through with data, numbers, graphics, charts and the Zombie Code in its entirety. Unless you skip chapters or just skim quickly through them (or devour them), there’s just no wrong turn you can take, though there are no guarantees.

From attacking the human buffet by going for the head first to infecting by use of barely-there teeth, Austin makes sure to hit every aspect with a satirical, entertaining punch. Material in the book might be too blood splattering and downright “OMG” for some, but in the end if you’ve decided to stop reading after even touching the book, the zed community has got you – and thanks you.

So Now You’re a Zombie is currently available.