Purple and Gold Are Dominant 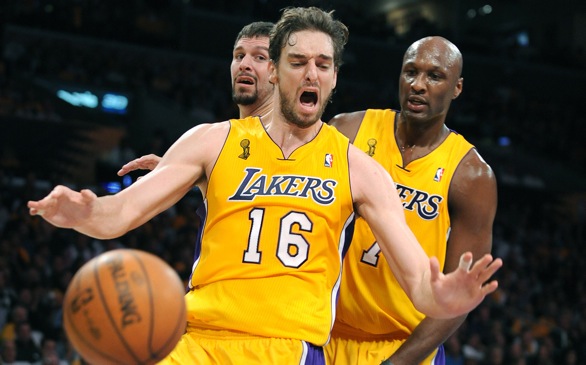 Pau Gasol is the NBA’s best big man, and he definitely displayed his talents over the Portland Trailblazers in the Lakers’ 121-96 blowout win at Staples Center Nov. 7. The Spanish import collected his first triple-double of the young 2010 campaign by scoring 20 points, pounding 14 rebounds and dishing 10 assists. He also had three steals. Gasol’s efficiency on the court, both offensively and defensively, has led the Lakers into a 7-0 start thus far. Additionally, he is the team’s leading scorer at 24.1 per game.

Forward Lamar Odom has been the most improved player for Los Angeles in all aspects of the game. Against Portland, Odom posted 21 points and 12 rebounds. He is much improved at defending and more disciplined when possessing the ball.

Then there is Ron Artest’s incredible defense, Derek Fisher’s essential experience and the strong bench role players that include Matt Barnes, Steve Blake and Shannon Brown. Both Brown and Barnes are averaging nearly 10 points per game, while Blake is a shade over seven. Fisher and Artest are contributing 9.9 and 9.7, respectively, while Odom is just under 16 points a game.

A pair of unreachable towers, Gasol and Odom are the only Lakers averaging a double-double in points and rebounds. Moreover, Gasol leads the Lakers in assists and blocked shots per game.

This Lakers team is playing its best basketball in quite a long time, and this is with the absence of an injured Andrew Bynum. They have the best coach of all time in Phil Jackson, who probably will not agree that the Lakers are playing their best basketball ever under his reign. Then again, which coach would?

Los Angeles remains the best of the west, and the most favored to meet the east.

Oh, and the Lakers also have this guy by the name of Kobe Bryant.