The Red River: Little Songs About the Big Picture 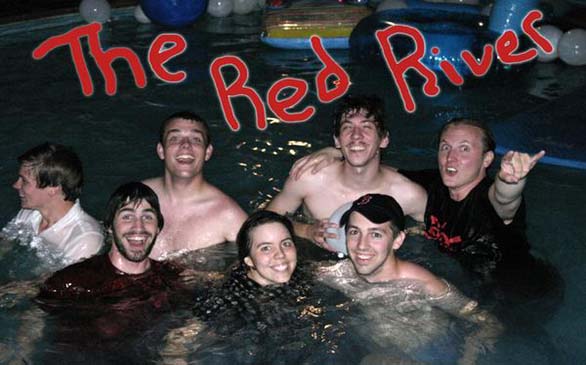 Things change quickly in California, more than other places it seems sometimes, as if we’re in a race to erase our past and pave it over with modernity. The Red River’s Little Songs About the Big Picture is an attempt at preservation, vocalist Bill Roberts’ love letter to his hometown of Long Beach.

Nostalgia can be hard to translate into a pop song without sounding hokey, but Roberts seems to do this effortlessly, even pulling off lines like “There’s the Del Taco where my brother cut his finger,” with enough authenticity to make something personal work in his favor. This is an album that reads like a well-worn, beloved scrapbook.

The sound is lo-fi indie-folk interspersed with occasional surprises like a Casio backbeat and horn section, so exquisitely executed that you too will be scratching your head wondering why the name of this band isn’t on the lips of more people.

“Carol Jean” subtly introduces the theme with heartbreaking honesty. Even if you grew up miles from Southern California, there’s something here that is universal: pining for youth and the people and backdrops that made it special.

“Morning Routine” shimmers with details that turn seemingly mundane moments in time magical. “When We Are Wild” is birthed on one of those previously mentioned Casio programs that contrasts with live strings and horns. “I Will Give Thanks” is a lively count of blessings for all of the formative experiences that give life meaning. The horns stick around and add a celebratory air to this one, while the production places the listener in the center of the action, like a house party with a kicking band.

Shifting gears, “Tomahawk” returns to more modest sounds as Roberts praises the ordinary day over the backdrop of simple acoustic guitar and whistling. “Apple Valley” is an atmospheric wash embellished with ambient sound recordings of children at play. The delicate tones of “St. Bernard’s Lily” meld with lyrics built on a perfect premise: introducing someone to your hometown with a drive-by history lesson – “This is where I had my first kiss, here is the corner where my dad had his accident…”

“Grande Fass” is fun, with its joyful backing vocals and basic instrumentation, segueing abruptly into the album’s final destination, “Dirty Dwe,” where coffee shop ambience supports a bluesy ballad built around an understated piano and the strum of an acoustic guitar.

No matter if your hometown is Long Beach or Poughkeepsie, Little Songs About the Big Picture is the perfect soundtrack to reminiscing, and it might just inspire you to see the place where you live with new eyes.

Little Songs About the Big Picture is currently available.