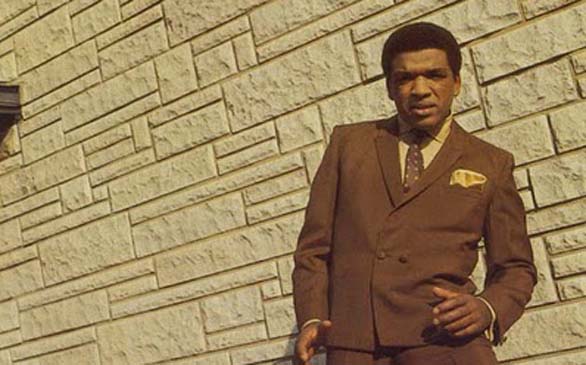 Johnson is an R&B singer who spent his entire career in the shadow of more successful acts like James Brown and Al Green, a fact that’s covered in detail, sometimes bitterly, in the essays and notes that accompany this four-CD box set. Striving to hit the top may have been part of the reason that Johnson put out so many records; this collection only draws from his output from 1959 (first single, the aching “Teardrops”) through the early ’70s, and it includes more than 80 songs.

Johnson’s lack of a clear identity could have hurt his popularity in the early days; songs like the surf/soul of “She’s So Fine (I Just Gotta Make Her Mine),” the country-flavored “They Who Love” and the Dion-styled pop of “I’ve Got Love” could have understandably confused his audience with their disparity. Johnson would eventually have a handful of regional hits, but again he didn’t quite carve out his own sound; “Come Sock it To Me” and “Different Strokes,” both included here, sold well but mimicked Marvin Gaye and James Brown, complete with grunts, respectively. And when the Blaxploitation sound came around Johnson milked it for all he could, using the exact same music bed and sexy moaning girls for “Annie Got Hot Pants Power,” “Hot Pants Lady” and “Hot Pants Annie Pt. 2.”

Johnson is now in his 70s, and there’s no need to worry about what could have been at this point; the man has given the world five decades worth of good music and as the release of this set proves, there’s no better time than the present for it to finally be heard.