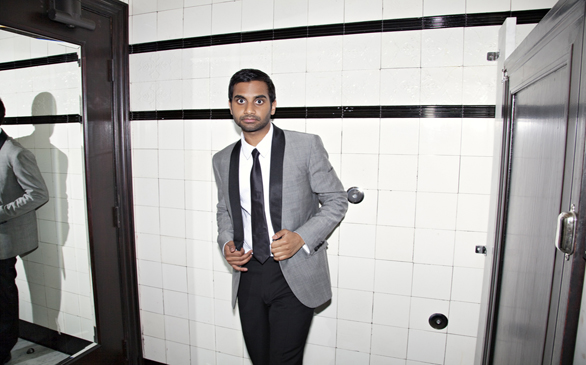 Remember a few years ago when Dane Cook was the hottest thing to hit the stand-up comedy scene since Clay, Kinison and Comic Relief? Sure, his BK Lounge bit is still hilarious, but there’s an heir apparent on the horizon who’s honing in on Cook’s throne. His name is Aziz Ansari.

Ansari began his career back in 2001, working small stand-up clubs while still in college at NYU. He became a frequent presence on the Upright Citizens Brigade stage and won the title of Best Stand Up at the 2006 U.S. Comedy Festival in Aspen, the funny man’s version of winning the Palme d’Or at Cannes, before co-creating the MTV sketch show “Human Giant.” The show only ran for two seasons, ending because Ansari and his co-stars Rob Huebel and Paul Scheer chose to pursue other projects, not because they were cancelled, and it established Ansari as a major force to be reckoned with on the comedy scene.

Twenty-seven, foul-mouthed and a rare Indian-American breakout comedy star, some people recognize Ansari from his role on NBC’s “Parks and Recreation” or films such as Funny People, I Love You, Man and Observe and Report. But these days, Ansari can be found holding the mic, strutting on stage and making crowds roar with his Dangerously Delicious Tour, coming to the Orpheum Theatre Nov. 20.

Frequently clinging to his cell phone while telling stories from his personal life, Ansari laces his in-your-face comedy with R. Kelly references (you can tell he’s a big fan) and tales of Harris and Darwish, the 15- and 18-year-old cousins he loves to torment. With any luck, he’ll also bring out “Raaaaaaandy,” his most popular character, one currently at war with Justin Bieber and at the center of two films Ansari is developing with his Funny People director Judd Apatow and, best of all, he won’t do any of that weird, squatting Velociraptor stuff that makes watching Dane Cook perform so uncomfortable.