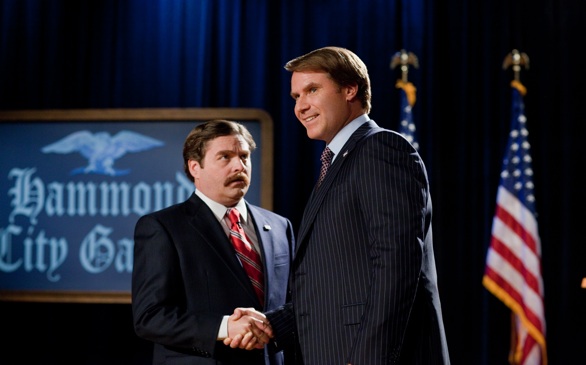 Rachid Bouchareb wears his influences like a badge while telling the story of three brothers, each fighting for their own brand of freedom in Outside the Law. Elements of John Ford, Francis Ford Coppola and Sergio Leone gangster films figure prominently in his tale of the Algerian resistance in France in the ’50s and ’60s.

Starting with the loss of their family home in Algeria, brothers Said, Messaoud and Abdelkader take three wildly different paths into adulthood. Said is the impotent one, stunted and lacking an arm, constantly on the hustle. If he’s not arranging fights and promoting boxing matches, he’s pimping and running hookers. Abdelkader ends up in prison for taking part in a demonstration protesting French colonization of Algeri, becomes radicalized and assumes a countenance not unlike an Algerian Malcolm X. Messaoud grows physically imposing and ends up fighting for the French army in Indochina. He possesses a streak of gentleness that sets him apart as a mediator between the uncompromising principles of the other two brothers.

The destiny that envelops their lives is a struggle for freedom. Their wildly differing ideologies connect their lives in an epically told story to achieve personal freedom, familial freedom and national freedom. Internal family struggle is the key conflict that drives the film and set against the backdrop of the larger struggle for Algerian independence, the story achieves a snap and a richness that propels the film.

The story is taut and largely unsentimental. At its heart it’s a gangster film telling the story of Algerian independence. The French are as much gangsters and villains as the Algerian revolutionaries whom they’re warring with. The French assassinate and kidnap under the guise of the Red Hand, and the main arm of the Algerian resistance, the FLN, lord over their people like a militant arm of La Cosa Nostra. In Outside the Law, the divisions between good and evil are just vague enough to keep the story interesting. The finale unfolds poetically and with a touch of the operatic; the winning might just be in the losing.

Gangster films come in all sizes, but the ones that are recognizable and most memorable share common elements: grand storytelling, beautifully shot and scored and senselessly brutal. Outside the Law is an ambitious film that shares these qualities and at its root is a nicely executed homage to the westerns and gangster films of those directors like Ford, Leone and Coppola. Ultimately and unfortunately, it lacks the heart, pathos and commitment to the genre that would have made a good film an exceptional film.

Outside the Law releases in select theaters Nov. 10.